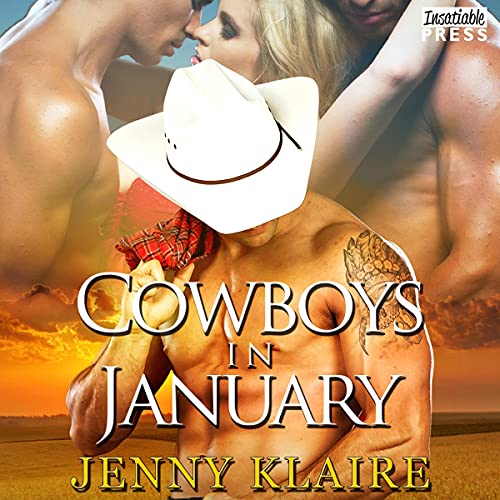 When January James inherits half of a run-down ranch in a small town deep in the heart of Texas, the New York native has no idea that the land comes complete with two sexy but stubborn cowboys who have their own plans for the land.

Cowboys in January is another hot MFM stand-alone romance in the same shared world as Ménage a Cowboy, Claimed by the Cowboys, Val-Entwined Cowboys, and March of the Cowboys. As usual, it’s all about one lucky woman finding her HEA between two sexy-as-sin cowboys, with no M/M, cliff-hanger, and cheating.

A bonus sample chapter of Val-Entwined Cowboys is added to the end of this novel.

What listeners say about Cowboys in January