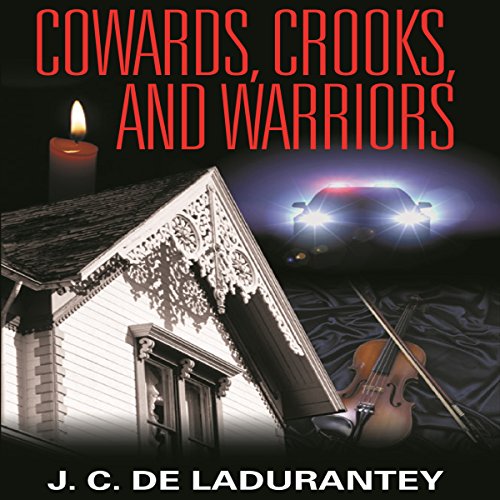 Family man and police officer Howard Hamilton happily works the quiet night shift in the Orchard Hills community of California. One evening, he is in a situation where he might have used his firearm but froze, which is when he starts to question his qualifications as a police officer. Then, the unthinkable happens: a rookie officer is killed.

When the department struggles with their first on-duty death in 10 years, the new chief transfers Hamilton to day watch - where the bad luck really begins. Within days, another officer has a heart attack. Then, Hamilton's good friend accidently kills an officer while hunting. Hamilton becomes unwittingly embroiled in a drug-dealing cop's arrest.

While the department swirls in the windstorm of the deaths, Hamilton discovers the body of Ginny, sister to the largest business owner in town. She has been brutally slain in a ritualistic murder, which brings in the LAPD's occult expert. Hamilton wants nothing more than to return to the usual night shift and his family, but first, he has to work with his nemesis to unravel a horrendous crime in a city once lauded for its peace and quiet.

What listeners say about Cowards, Crooks, and Warriors

very well written and narrated.. just happen to know the author's sister who told me about the book. I can see a series developing, yes?

Outstanding. One of the best.

Where to start? Coming from a law enforcement family I was deeply affected by this book. The thinking of the officer/author was enlightening and spot on. The eulogy for the fallen officer was one of the most beautiful I've heard. "What are you going to do with the dash?"

Ordinarily, an author doesn't do well reading his book. I can't think of anyone who could have done a better job.