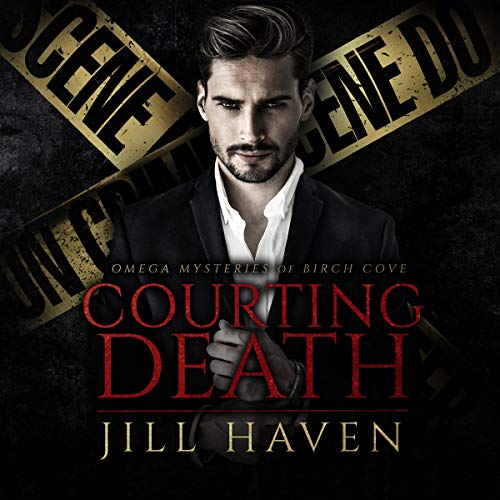 I’d be lying if I said I haven’t always been in love with Levi Grant...but can we rekindle what we had with a murderer on the loose?

We haven’t been close since high school, but time apart has done nothing to dampen my feelings. And now that we’re both back home in Maine, I can see that the accomplished, driven man Levi’s grown into is just as alluring as the kind boy I used to know.

But I can’t think of romance when I find my brother Dan murdered. He’s the sweetest omega anyone ever knew and I can’t think of why anyone would want to kill him. Was it because he was an omega? Is Levi next? I’ll have to keep him close.

I’ve already lost one man I love, I’m not risking another.

It’s a punch to the gut to see Kaden again after all these years....

The spark between the alpha and me has always been there, and somehow it’s now stronger than ever. I know he’s only sticking by my side because he wants to know what happened to Dan, but the longer the investigation goes on, the more I’m starting to see that he wants to keep me safe. Passion may flare hot between us, but Kaden needs to understand that even though I’m an omega, I’ve taken care of myself for all these years and I don’t need a protector.

We need to solve the case before more omegas are put in danger, and when a pattern of previous murders appears, we’re forced to wonder: is there a serial killer on the loose?

What listeners say about Courting Death

MM, second chance. Kaden and Levi are brought together again in the worst circumstances. An emotional read. A happy for now ending, with the murderer arc continuing.

Spellbinding !!! Couldn't stop listening... Can't wait till next audio comes out... Happy ending but has a cliffhanger at the end. Will be looking for the next audio in this series.
Jill Haven is a new author for me but will be adding her to my wish list.
Gabriel Amari did a super job. Could listen to him all day and night...

This is a new to me author and I was pleasantly surprised by how much I liked this audiobook. The story is well written and very interesting. I also liked that the omega, while strong still new to admit when he needed his alpha.

The narrator has a pleasant voice and did an amazing job narrating and brought this book to life.

I love a good mystery with my romances. I really enjoyed hearing how Levi and Kaden were able to rekindle their friendship and then become more. There are some loose ends so now I'm anxious for the next book.

Delusions of grandeur, that's what this serial killer has. He thinks he's saving omegas from alphas by killing them!!! WTH! Psycho! I loved seeing Levi and Kaden reconnect and move forward. So who's the killet? Cliffy and another dead omega at the story's end!! wow! I need the next book yesterday. The narrator was grest and made the story seem real. I voluntarily listened to a free copy of this story and am giving an honest review.

Courting Death by Jill Haven is the first book in the Mysteries Of Birch Cove series. Suspence, mystery... danger. This story had me feeling emotions. Levi and Kaden are interesting characters that drew me in. After reading this book and it ending in a cliffhanger, I am anxious for more.

Narration is by Gabriel Amari. The characters had their own voices that popped with personality and upped the entertainment of the story. Clean and clear recording and voicework.

This story ends in a cliffhanger but I'm not sure why. Levi and Kaden are reunited under difficult circumstances. Someone is killing certain omegas and Dan, Levi's friend and Kaden's brother, ends up dead. Now the search is on to find the killer. The killer is obvious. There are so many clues, let's hope the detectives can put them together before the killer finds out that Levi is one of those certain omegas.
Narrator Gabriel Amari does an amazing job. He has a beautiful voice.

The story is always 4 or 5 stars, because if I wouldn't like the story as ebook, I wouldn't listen to the audiobook.

The performance from the narrator is also very important for me. I can't listen to a lot, because my English as a non-native-speaker isn't so perfect to follow a whole story over hours, when the narrator speaks too fast or too sloppy. Normally I have to SEE the person, who is talking to me in English. It took me a little bit, to come into the narrator, but at the end, it worked. I only have to take a few breaks between. I'm just not yet finish with the book, but I listen enough to give a review.

good story and narration. the narrator did a good job with these personalities and who they are and how they feel. i enjoyed this a lot and cant wait to hear more.

I don't normally read, watch nor listen to murder mysteries but I found myself being drawn into the storytelling and really enjoyed listening to the story come together. Brilliant I can't wait for the rest or this series and find out whom the killer is, although I do have a suspect.