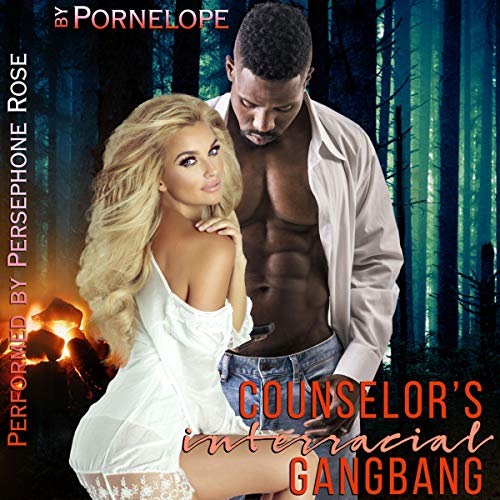 By: Pornelope
Narrated by: Persephone Rose

Hey, what about the three cute guys sitting around her campfire? They’re all sexy, and it sure looks like they’re seriously hung and "up" for an adventure! Can she take all three of them at once? Especially since Pierce is a huge black stud who’s built like a stallion!

One thing’s for sure...if Chelsea survives, she’s going to be walking funny for a week!