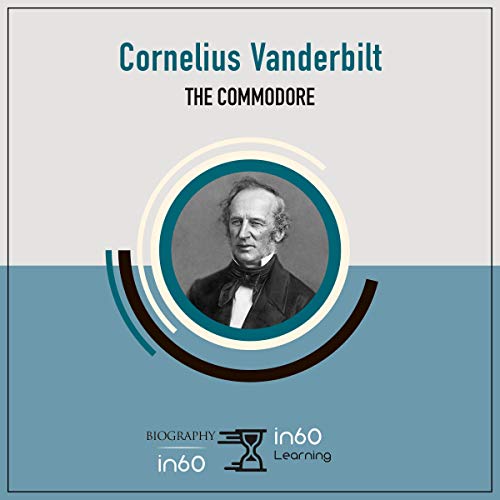 Cornelius Vanderbilt (1794 to 1877) was an American business magnate whose wealth and significance was rooted in the shipping industry and the development of railroads. Cornelius was also the patriarch of the extremely wealthy influential Vanderbilt family.

Vanderbilt was born in Staten Island, New York, in 1794. From a very early age, Vanderbilt quit school and worked on his father’s ferry in New York Harbour as a boy. Vanderbilt decided to start his own ferry service when he was 16 years old.

Soon after, Vanderbilt also took his first foray into trade, when he bought a schooner to transport, sell, and exchange merchandise. This business venture progressed very quickly, and Vanderbilt soon embraced the then cutting-edge steamboat which launched Vanderbilt into the big business of national and international shipping.

During the 1850s and beyond, Vanderbilt took an interest in various US railroads, and bought, invested in, and developed various railroad routes, not only earning a vast amount of wealth but also, as some historians have stated, expanded America’s transportation infrastructure, transforming the very geography of the United States.

Vanderbilt died in 1877 from exhaustion, believed to have been brought on by various chronic disorders. Since his death, Vanderbilt has been recognized on various occasions for his contributions to US trade, transport and infrastructure, and philanthropy.

What listeners say about Cornelius Vanderbilt: The Commodore

The love of money is one of the roots of all evil that says it.