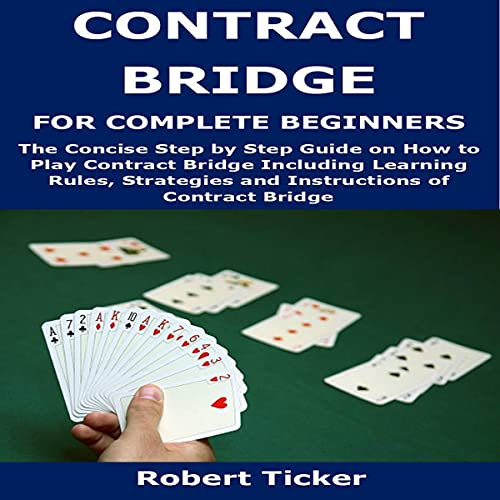 There are four players, two against two as partners, who face each other across the table. To determine partners, a pack may be spread facedown for each player to draw a card (not valid are any of the four cards at either end). The players drawing the two highest cards would then play as partners, the highest having choice of seats and cards (when two packs are used) and becoming the first dealer.

If five or six wish to play in the same game, the draw establishes precedence: The player lowest in order of precedence sits out until the end of the first rubber, when he replaces the next lowest in the order. If two players draw cards of the same rank, the card of the higher-ranking suit takes precedence over the other.

Get your copy today.

What listeners say about Contract Bridge for Complete Beginners