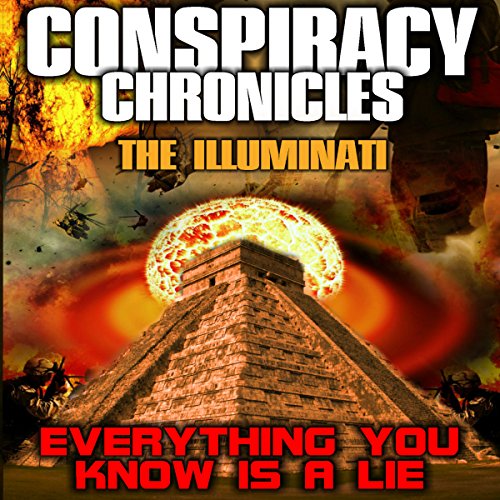 Illuminati, which means "enlightened ones", refers to numerous organizations that are purported to belong to various secret societies around the world. They conspire to control world affairs by masterminding events and planting agents in government and corporations in order to gain political power and influence, which is part of their mission to establish a New World Order. Central to some of the most widely known and elaborate conspiracy theories, the Illuminati has been depicted as lurking in the shadows and pulling the strings and levers of power for centuries.

Chapter One - A Secret America: Discover the ruling elite who have been orchestrating our world for centuries and who sparked a global revolution and created the most powerful nation on the planet.

Chapter Two - Inside the Secret Order: Investigate secret societies and their belief systems. From the origins of the craft and its links to the prehistory "serpent cult" and their influence around the world today.

Chapter Three - New World Order Exposed: Be prepared to be shocked by the facts of what's happening to your freedoms and rights as the New World Order continues to gain momentum worldwide.

What listeners say about Conspiracy Chronicles

Absolutely woeful. Horrible narrating with bad music playing in the background. Content was poor. One star is one to many, not worth the money.

You can't even hear the Naive New Age Rhetoric this guy is spewing forth in inaudible dribbles under the eerie New Age music. He drags it out so slowly, what little he has to say, that it is sheer torture.

Has Conspiracy Chronicles turned you off from other books in this genre?

No, there are some really important Conspiracy books in existence. This is not one of them.