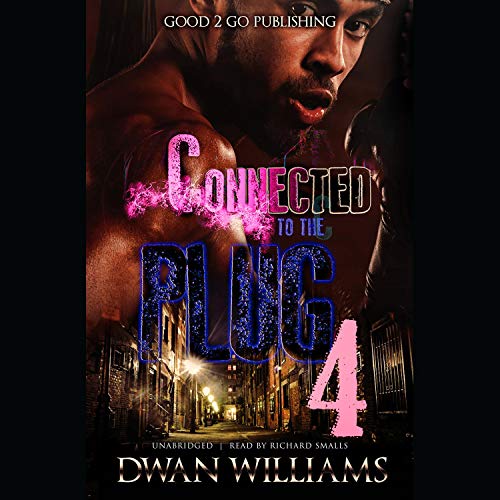 Connected to the Plug 4

The streets have claimed two more victims in what seems like a typical gang shooting...or was it? Female gangster Fuzzy is heartsick over the loss of her two besties, Jr. and Hadji. But she’s even more devastated at the possibility that their deaths might’ve been an unintended consequence of her dubious behavior. As a nervous Fuzzy ponders the possibility of the next body to drop being her own, another queenpin named B.B. arrives home.

Never in her wildest dreams did the Jersey native ever believe she’d willingly relinquish the throne. But after her latest narrow escape, B.B. decides she’s out of the life for good. So she devises a comprehensive exit strategy that includes turning her spot over to her sister, Crystal, who’s backed by her lieutenant, Ant. Just when B.B. thinks she’s finally out, she becomes the target of Detective Bass, who wages an unyielding campaign to bring down the elusive B.B. and everyone she’s connected to.

What listeners say about Connected to the Plug 4