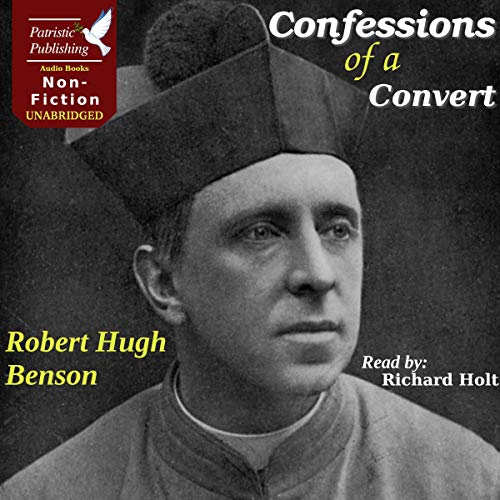 Confessions of a Convert

Robert Hugh Benson (1871 - 1914) was an English Anglican priest who left the Anglican church to became a Roman Catholic priest in 1904. He was a prolific writer (perhaps most famous for his fictional book Lord of the World), who also progressed through the hierarchy to become a Chamberlain to Pope Pius X in 1911.

In this audiobook he recounts his life, focusing mostly on his decision to join the Roman Catholic church. It is a powerful story of the journey of a man who withstood the social pressures of his time to do what he thought was right.

What listeners say about Confessions of a Convert