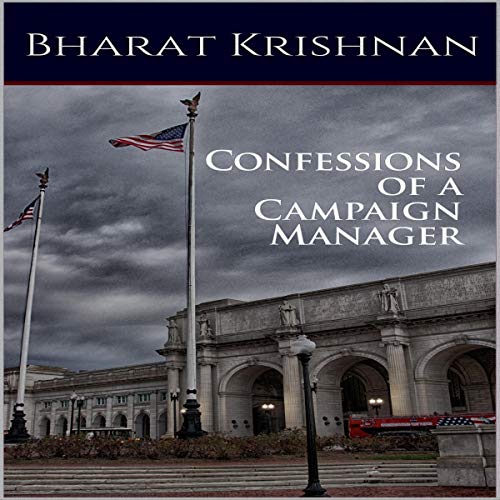 Confessions of a Campaign Manager

In Confessions of a Campaign Manager, veteran Democratic operative Bharat Krishnan takes you on a journey across nine states and 17 campaigns to see how American politics has transformed since the election of Barack Obama.

Krishnan makes a case that the intransigence of Republican leaders following the election of our nation's first black president irrevocably fractured the country along partisan lines. This, ultimately, produced the most dangerous presidential candidate this country has ever seen: Donald Trump.

From rubbing shoulders with celebrities and political insiders at presidential conventions to chasing votes in the swamps of Louisiana, Krishnan discovers a vast disconnect between voters, the flawed politicians they elect to represent them, and the legion of driven staffers who silently battle over the direction of the nation.

Drawing on his experience at the state and local level, Krishnan formulates a national prescription to prevent a future of perpetual partisan brinksmanship.

What listeners say about Confessions of a Campaign Manager

My first foray into political reality books. Very interesting and informative, but not my cup of tea. I read/listen for fun and relaxation. I spent more than 50 years helping America get into space and onto the moon and then combating Communist aggression and terrorism. SF, Military, Fantasy, Swords & Sorcery, and Historical Fiction absorb what little free time I have.

Belief in the Political Process

I requested a free review copy of this audiobook based on wanting to learn more about a topic in which I have limited knowledge. This post is my voluntary review of 'Confessions of a Campaign Manager'

This book is a memoir of a young man getting started in politics. The reader is taken through Bharat Krishnan's process in deciding he wanted a career in politics. He talks about his background and influences to bring him to American University to study political science and his early career working for campaigns.

Bharat has a genuine enthusiasm for and belief in the American political process, He wants to effect changes that are needed to make the political landscape more diverse. The reader gets a real sense that he has a whole-hearted belief that the country will not solve its problems until the political landscape becomes more reflective of the people that inhabit it. More people meed to involve themselves into the process. This is a message I can get behind.

The book has a well-told story that doesn't get preach-y. Narrator William J Butler does a great job with this memoir.