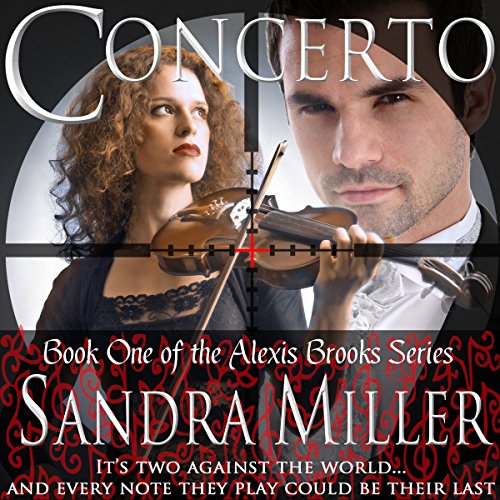 Three simple words from her telephone in the dead of night send violinist Chrispen Marnett's life spiraling in directions she never imagined. The chance to work with the greatest violinist alive drew her to Newton, but nothing could have prepared her for what she found there. Terror lurks in innocent places - a ringing phone, a late-night rehearsal, unexpected flowers.

And what could have prepared her for Alexis Brooks: symphony concertmaster, international superstar, and accused murderer? Withdrawn and moody, Alexis is cut off from everyone around him; his colleagues in the symphony, his fans, even his own father. Everyone from her mother to the Newton Police has warned Chrispen against Alexis, but as her own danger increases, he may be her only ally.

Join Chrispen on the journey of a lifetime as she fights for her sanity, her happiness, and her life. To survive, she must unravel the layers of the past and learn the secrets the Newton Philharmonic Symphony Orchestra hides.

Concerto is the first in a series of fast-moving, tightly plotted suspense novels.

What listeners say about Concerto