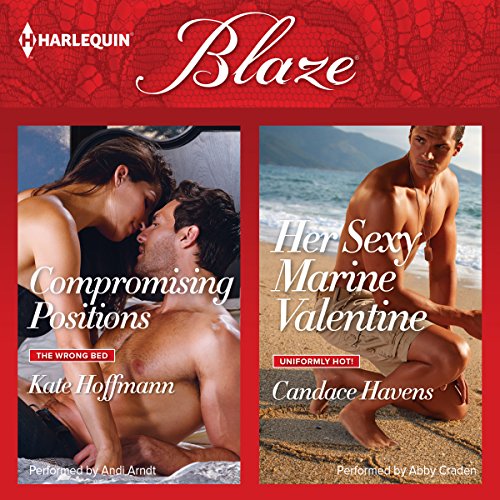 Amelia Sheffield arrives in the sleepy town of Millhaven, New York, to collect what was promised her for a museum exhibit: an antique bed that George Washington once slept in. The problem is one incredibly infuriating - and incredibly sexy - innkeeper who insists the bed belongs to him. Of course, Sam Blackstone has no idea how dirty Amelia is willing to play this game….

Sam is furious - and intrigued - when he learns that Amelia plans on sleeping in the bed until it's hers. But he can be just as stubborn as she is. After all, that bed could keep his family's inn from closing. Which means he'll sleep in the bed, too. And if she wants to play dirty, he's right there with her!

The sight of the gorgeous, ripped military man across the street heats Mari McGuire from head to toe - and a whole lot in between. Yes, sir, she definitely has a case of Hot Marine Syndrome. And when First Lieutenant Brody Williams rescues her from an awkward run-in with her ex by pretending to be her boyfriend, Mari can confirm she's got it bad….

Of course, they're friends first, and friends help each other out. Mari needs a hand renovating the old Victorian house she just bought, and Brody needs a girlfriend to secure his promotion. It's the perfect temporary arrangement - and then there's the sizzling chemistry. It's wickedly racy. It's addictive. But neither of them expects Cupid's arrow to aim for their hearts!

What listeners say about Compromising Positions & Her Sexy Marine Valentine

I loved both stories. Both narrators did a great job. I would have liked a difference in the table of contents to distinguish each story, though.