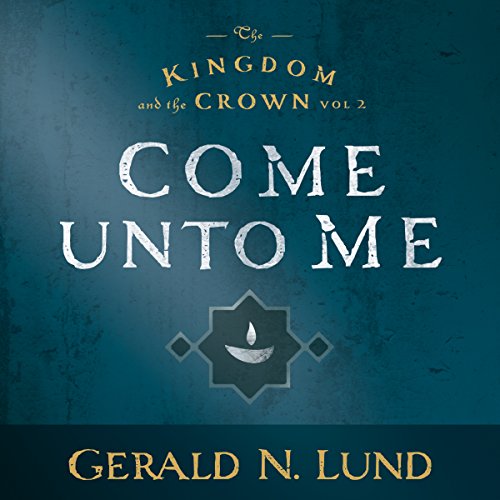 By: Gerald N. Lund
Narrated by: Larry A. McKeever
Free with 30-day trial

Jesus of Nazareth's announcement that he is the Messiah has blazed through Jerusalem and the surrounding countryside like wildfire. As he travels through Galilee, the crowds follow him, witnessing miracles and healings. Jesus teaches the parable of the lost sheep and the return of the prodigal son. He walks on the water.

But discipleship to Jesus the Messiah has come at a high price for both Simeon and Miriam. Tensions mount when Miriam is faced with a deadly choice: confess her involvement in the events at Joknean Pass and further sacrifice her relationship with her father, or remain silent and sacrifice her friends and fellow disciples to the Romans.

Meanwhile, Ya'abin begins attacking Roman columns in the Judean wilderness, and Mordechai and Marcus unite to face a common threat. But Mordechai has bigger plans than simply ensnaring the Desert Fox; he plots to eliminate the threat Jesus poses to his religion and his family. And if his plans happen to also eliminate Simeon the Javelin, so much the better.

The Kingdom and the Crown, Volume 2: Come unto Me is a story filled with passion and betrayal, action and sacrifice, friendships forged and relationships lost. It is a novel about coming to terms with the demands placed on your heart and about coming unto him.

What listeners say about Come Unto Me

great story but not great audio

I really enjoyed this book. I kept wanting to listen or read but the audio had many issues. Voice changes when they were in the middle of a sentence and reminders to change the CD when it isn't a CD anymore.

other than that, I totally recommend this book.

Wonderful book but was annoying to hear "this is the end of disc 3 to continue put in disc 4. Disc 4..." .and then there were random numbers being spoken throughout the story. It was a bit confusing.

I was excited to find Gerald Lund's 2nd book in the series become available since I'd enjoyed the characters and the story of his first one, Fishers of Men. I love reading stories that help my understanding of what it may have been like to be living when Jesus lived, so it doesn't have to be a great story for me to enjoy it. It was an interesting story because of the variety of characters and perspectives so I did enjoy it.
I appreciate Lund's expressed attempt to be accurate to the text. However, in this quest, he chose to quote from the King James Version when Jesus speaks. That really bothered me because I'm pretty sure they did not speak 16th century English in those days, and it makes Jesus' conversations with ordinary people sound so stilted and formal instead of casual and natural, which is much more likely.
This is not my favorite narrator because he also speaks unnaturally... Very slow and deliberate, with long pauses, even in casual conversations. He has a nice reading voice to listen too, but I didn't like the way he did character voices, especially women and villains.

Wonderful story with a wonderful variety of truth suspense romance courage and faith. I liked listening to it so much, I’m listening to it a second time and I will probably listen to it a third time eventually.

This book was amazing, thrilling and so intriguing. It kept my attention the whole time. I am so glad to have been able to read it. I highly recommend it.

I love the story of this second book of the series, but the quality of this audio is very poor. It’s like they just used the cd’s and did not do any editing at all. And the narration changed sound and volume very often. I hope Audible will replace it with a better quality audio. But, LOVE THIS SERIES!!!

Wonderful look into the day by day living in the Holy Lands during the time of Christ.

What a beautiful story with accurate scripture reference to the life of Christ.
I love how the author had characters who followed Jesus but had questions as to what His parables meant. Through their discussions they brought to life the meanings and how to use them.
I love the romance. This series has brought Jesus Christ to the forefront of my life. He seems so real as I know he is.

Bringing to life the ministry of Jesus

Love the way the mistry oj Jesus in woven into a story of people who lived at the time. also like the way the parables are talked about and explained.

Loved this book. l am looking forward to the third volume. of this series. Very realistic description of those ancient times