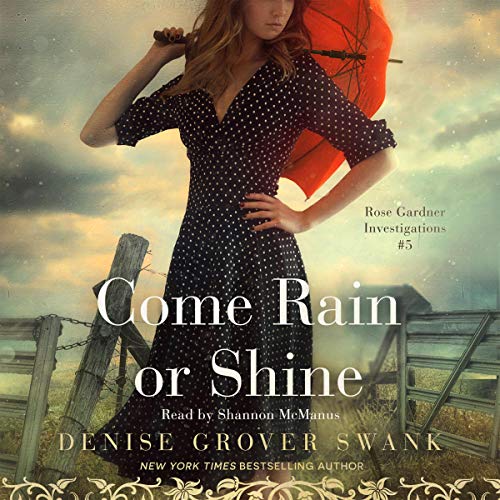 Rose Gardner collects secrets the way other people collect junk - and now she’s being asked to expose them. Special prosecutor Mason Deveraux has called a grand jury to investigate the corruption in the Sweet Branch police department, and he’s summoned Rose as a witness. Any topic is fair game, and the criminals in Fenton county are rightly scared of what she might share under oath.

While trying to placate the lawless men, Rose is also caring for her dying sister, Violet. Only Violet’s doctor has fled town after selling prescriptions, and Rose is sure big-time drug dealer Denny Carmichael has his hand in the situation. She has no intention of investigating, but like with a lot of her cases, clues keep falling into her lap.

Then, just when it feels like everything’s at a boiling point, Rose gets shocking news that turns her life upside down. Now, she’s not just soothing the criminals’ anxiety, but actively seeking allies for a fight she hasn’t asked for - and her enemy just might be the man she loves.

I love the Rise/Nellie Kate series...check author’s website for reading list! This book is full of romance/surprise twists and turns. Actually the series is like a soap opera ...with characters you will. I love the audibles even though I read the books! I totally recommend this series and specifically this book!

I couldn't put it down and was upset to have come to the end so soon! Im so looking forward to the next book and the other spin off series that are coming out to!

While I haven't read the novellas, I've read all 11 of the full Rose Gardner books. The books have become repetitive and violent. Kidnappings, assaults, shoot outs and break ins occur in every book. I had hoped Rose would finally find happiness with James/Skeeter. Instead Rose/Lady forms an alliance with his enemies and a platonic relationship with Joe. I won't say any more to avoid spoilers but really this book spoiled the series for me.

I'm so glad this book was finally released in audio. Hearing Shannon McManus narrate Denise Grover Swank's words makes the wait so worthwhile. Shannon really brings the book to life. Rose has so many things that are happening to her but she manages to keep a good attitude about everything. She's beginning to realize that blood isn't the only thing that makes a family. Rose has so many people around her that love her and will help her no matter what. I can't wait for the next book even though I know the wait will be worth it. Thank you Denise Grover Swank for writing such wonderful characters and stories!

Rose Gardner series is my all time favorite series of books. They make me both laugh and cry and I cannot stop listening until I am finished. And as soon as I am finished I am looking on the internet or Facebook to see how long I have to wait until the next one comes out. Thanks Denise for another amazing read.

Oh Denise can tell a story and make you fall in love with the bad guys! So many twists and turns,it'll leave you guessing!