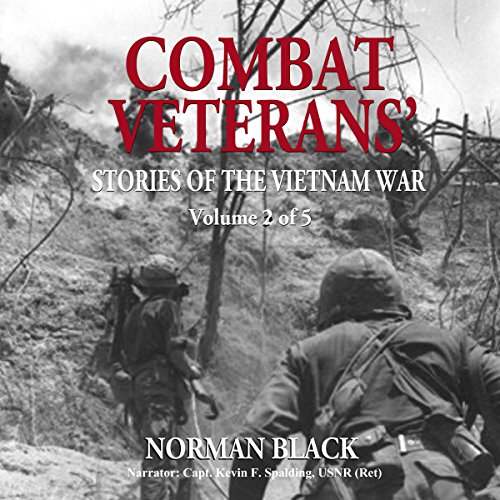 This volume, Combat Veterans’ Stories of the Vietnam War, contains 11 autobiographical stories. The first begins in October 1966, and is told by a Marine infantry forward observer who was in 13 operations. The final story in this volume is told by a Marine machine gunner that was in multiple skirmishes and ambushes, in I Corps, including the battle for Hue. Other stories in Volume 2 include those told by a marine infantry officer who was awarded the Medal of Honor for heroism and leadership in fighting at villages named Dai Do and Dinh To and a US naval aviator who was shot down and held prisoner by the North Vietnamese.

Volumes 1-4 of this series contain combat experiences told by 57 Vietnam War veterans. Volume 4 also contains information about the armed forces of nations allied with the US that fought against North Vietnam. Volume 5 contains 22 reports, including the US government’s explanation for the war, a review of the war and US armed forces in it, POW treatment, MIAs, the CIA and the drug trade, war crimes, PTSD, moral injury, and history lessons not learned.

Narrator literally worst I’ve ever heard cannot pronounce OFF I CER keeps saying OFFSERS. Annoying. Also a lot of soldiers claiming they won awards but the officer forgot, got shot, political snub yada yada rubbed me the wrong way. Still I’m a sucker for a war memoir so not all bad decent amount of battles recounted but a lot of just summarizing.

stupidest narrator I have ever heard...3rd grade

what I said ..does this idiot think he is
reading to a 3rd grade class?