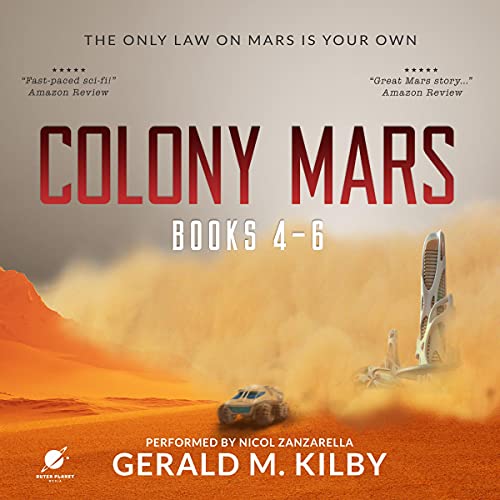 Jezero City (Colony Four Mars): When a colonist dies in tragic circumstances, just a few sols before a major terraforming experiment, Dr. Jann Malbec begins to suspect that all is not what it seems.

Surface Tension (Colony Five Mars): In the midst of the most devastating dust storm in the history of Mars, the survival of the half million people who call it home hangs in the balance.

Plains of Utopia (Colony Six Mars): When an Earth-bound ship explodes on the launchpad in Jezero City, and the DNA from two bodies recovered at the site are found to be an exact match, Dr. Jann Malbec is convinced that they are the product of a covert cloning program.

About Colony Mars:
This is a sci-fi series set in a human colony on Mars. The science depicted is, for the most part, plausible. In other words, what’s technically possible with either current technology or taking experimental research a step or two further. That said, you won’t need a calculator or a slide-rule to enjoy the story.