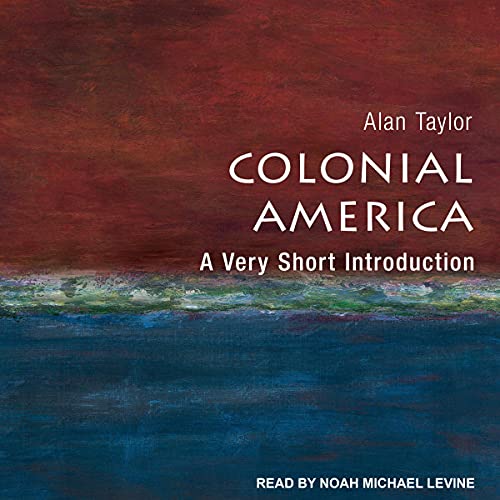 In the traditional narrative of American colonial history, early European settlements, as well as native peoples and African slaves, were treated in passing as unfortunate aberrations in a fundamentally upbeat story of Englishmen becoming freer and more prosperous by colonizing an abundant continent of "free land".

Over the last generation, historians have broadened our understanding of colonial America by adopting both a trans-Atlantic and a trans-continental perspective, examining the interplay of Europe, Africa, and the Americas through the flow of goods, people, plants, animals, capital, and ideas. In this Very Short Introduction, Alan Taylor presents an engaging overview of the best of this new scholarship. He shows that American colonization derived from a global expansion of European exploration and commerce that began in the 15th century. The English had to share the stage with the French, Spanish, Dutch, and Russians, each of whom created alternative Americas. By comparing the diverse colonies of rival empires, Taylor recovers what was truly distinctive about the English enterprise in North America. He focuses especially on slavery as central to the economy, culture, and political thought of the colonists and restores the importance of native peoples to the colonial story.

What listeners say about Colonial America

In just a few words, Taylor defines the many aspects, good, bad and revolting of the opening and taking of North America. Hardly the stuff of American mythology taught us in schools North and south.