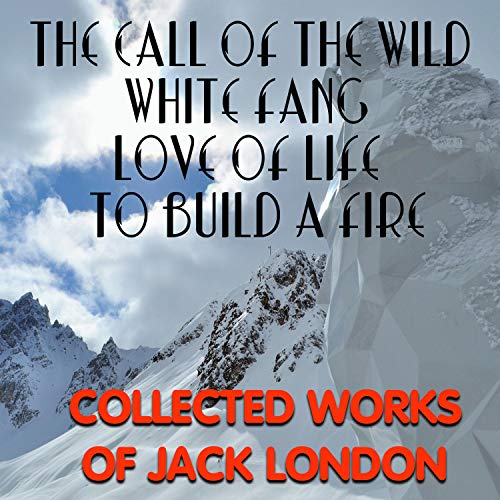 "The quintessential Jack London is in the on-rushing compulsive-ness of his northern stories," noted James Dickey. "Few men have more convincingly examined the connection between the creative powers of the individual writer and the unconscious drive to breed and to survive, found in the natural world...London is in and committed to his creations to a degree very nearly unparalleled in the composition of fiction."

His story of the dog Buck ("The Call of the Wild"), who learns to survive in the bleak Yukon wilderness, is viewed by many as his symbolic autobiography.

"White Fang" (1906), which London conceived as a "complete antithesis and companion piece to The Call of the Wild," is the tale of an abused wolf-dog tamed by exposure to civilization.

Jack London's short story, "Love of Life" is about two gold prospectors, Bill and an unnamed man, who are struggling to survive on the frozen tundra of Canada.

"To Build a Fire", a marvelously desolate short story set in the Klondike.

"The Call of the Wild"

"To Build a Fire"

What listeners say about Collected Works of Jack London