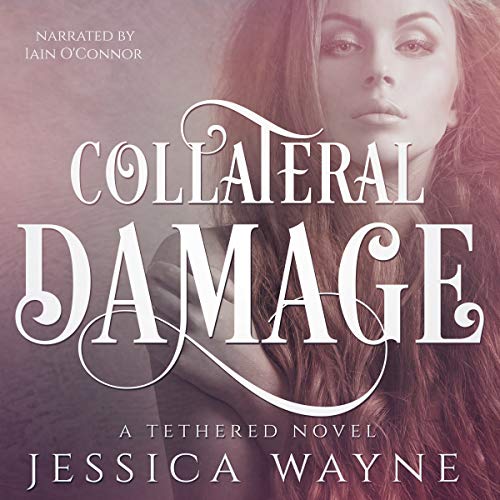 After a spell left him frozen in time, Timothy McGinley swore off all things magic and accepted that he was destined to walk the earth forever. But when a witch saves his life, he discovers he is facing his own mortality for the first time in two centuries.

Paislee Adams was stolen from everything she knew because she possessed what one man craved: power. After she escapes, she dedicates her life to honing her magic in an effort to destroy the man who owned her for so much of her life.

Fate brings these two together, and as they race against the clock to stop the man who has a deadly obsession with them both, Timothy and Paislee are both forced to face the demons of their past in an effort to secure a future they weren’t sure they deserved.

What listeners say about Collateral Damage

This is my first book by Jessica Wayne and it won't be the last. The story was mesmerizing and I was hooked from the first page. Timothy's life was so sad until he met Paislee. Add some mystery to the plot and this make for a great book. The narrator had the voice for the story however he didn't do a good performance. He read way too fast and never changed his voices until the words all became the same. I'd recommend this book but read it yourself instead of listening you won't be disappointed.

Wow! this story pulls you in and leaves you breathless . Paisley and Timothy take you on a very emotional, action packed, read with twist and turns and heartbreak and healing and falling for these two and wishing for more . the narrator did an amazing job with this and his voice pulled me right in and I loved it. Can't wait to see what she has next.