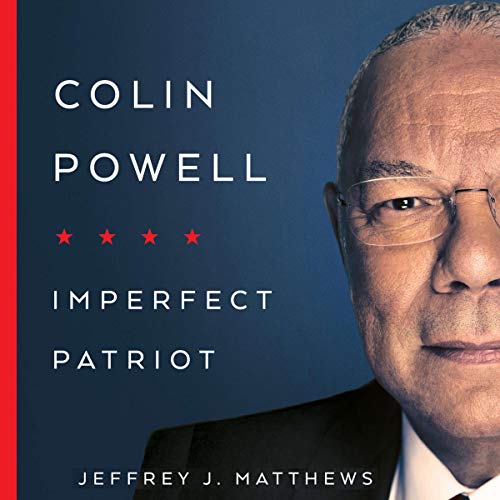 For the past three decades, Colin Powell has been among America's most trusted and admired leaders. This biography demonstrates that Powell's decades-long development as an exemplary subordinate is crucial to understanding his astonishing rise from a working-class immigrant neighborhood to the highest echelons of military and political power.

Once an aimless, ambitionless teenager who barely graduated from college, Powell became an extraordinarily effective and staunchly loyal subordinate to many powerful superiors who, in turn, helped to advance his career. By the time Powell became chairman of the Joint Chiefs of Staff, he had developed into the consummate follower - motivated, competent, composed, honorable, and independent.

The quality of Powell's followership faltered at times, however, while in Vietnam, during the Iran-Contra scandal, and after he became George W. Bush's secretary of state. Powell proved a fallible patriot, and in the course of a long and distinguished career he made some grave and consequential errors in judgment.

Imperfect Patriot is the fascinating story of Powell's professional life and of what we can learn from both his good and bad followership.

What listeners say about Colin Powell

the voice was terrible

the history of this man is great and I'm fan of the lesson we can learn from his life but the voice over offers no emotion to the story. it leaves you flat and board while listening

I am going to check this book out of the library, I am really interested in Colin Powell, but the narrator was so dry I just couldn't listen to him.

Informative but dragged on. Haven’t listened to any other books about Colin Powell I have no idea if the material presented was unbiased. It seemed to be. I have always thought of Colin Power as a hero tp our nation. Now I am having to rethink much of what I have thought. If you like political history I’d say read it. If you like Colin Powell maybe you should skip this book.