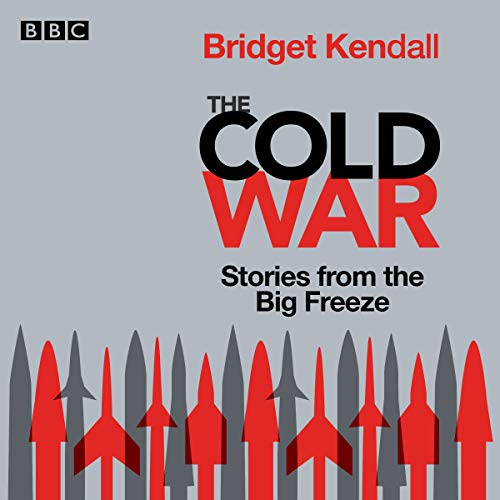 The Cold War is one of the furthest-reaching and longest-lasting conflicts in modern history. It spanned the globe - from Greece to China, Hungary to Cuba - and lasted for almost half a century. It has shaped political relations to this day, drawing new physical and ideological boundaries between East and West.

Bridget Kendall explores the Cold War through the eyes of those who experienced it first-hand. This landmark series draws on exclusive interviews with individuals who lived through the conflict's key events, offering a variety of perspectives that reveal how the Cold War was experienced by ordinary people. From pilots making food drops during the Berlin Blockade and Japanese fishermen affected by H-bomb testing, to families fleeing the Korean War and children whose parents were victims of McCarthy's Red Scare, Cold War covers the full geographical and historical reach of the conflict. This is essential listening for anyone seeking to understand how the tensions of the last century have shaped the modern world, and what it was like to live through them.

1. The Greek Civil War
2. The Czech Coup
3. The 1948 Election in Italy
4. The Berlin Blockade
5. The Fall of Shanghai
6. The Korean War
7. McCarthyism
8. The H-Bomb
9. The East German Uprising
10. The Iran Coup
11. Khrushchev's Thaw
12. The Hungarian Revolution
13. The Congo Coup
14. The Berlin Wall Crisis
15. The Cuban Missile Crisis
16. The Fall of Khrushchev
17. The Chinese Cultural Revolution
18. The Prague Spring
19. America's Vietnam War
20. The Coup in Chile
21. The Fall of Saigon
22. Ostpolitik
23. The Angolan Civil War
24. The Soviet Invasion of Afghanistan
25. The Birth of Solidarity in Poland
26. The New Cold War
27. Gorbachev's Perestroika
28. The Fall of the Berlin Wall and German Reunification
29. The Baltic Singing Revolution
30. The Collapse of the Soviet Union

What listeners say about Cold War: Series 1 and 2

Definitely worth buying. This is not an overview, this series goes into immense detail on the finer points of the cold war. I've just finished my first listen, and I'm immediately going back to the start to relisten all over again. Fascinating stuff. Bridget Kendall is superb.