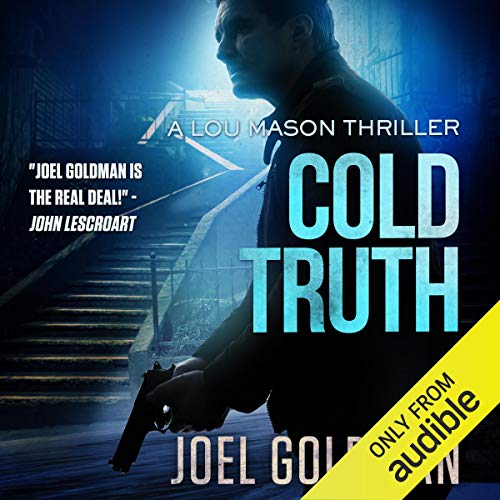 If it bleeds, it leads - and Gina Davenport's death led the local news that day.

News cameraman, Ted Phillips, captured the plunge of therapist and best selling author, Gina Davenport, from an eighth story window - live - on what had begun as a slow news day. The shattered glass fell like rain. The camera rolled. And Davenport lay mangled on the concrete as a dark pool of blood spread out from her head.

Was it suicide, or cold-blooded murder?

Attorney Lou Mason had no doubt it was murder. Suicides jump out of open windows. Murderers break the glass. He couldn't keep his mind off Gina Davenport's murder. How could he? When an enigmatic young woman turns herself in, claiming she murdered Davenport, Mason takes the case. But something about her story just doesn't add up. Trying to crack the case, Mason dives deep into a black market underworld - one that runs on drugs and dirty money where truth comes at the highest possible price - life.

What listeners say about Cold Truth

After listening to the two Alex Stone legal thrillers by Joel Goldman I decided to try some of Goldman's older books starting with Cold Truth (Book 3 in his Lou Mason series). The novel does not disappoint.

I liked everything about this book. Several strong personalities made for some interesting situations. There was a fair amount of action with some unexpected twists. I really didn't know who the murderer was till near the end. Another narrator of clear distinct voices for the many characters.

Great book with many twists and turns. It will keep you glued to the book.

A bang up thriller with a happy ending. It has a little something for everyone. It was an okay read.

best of all.. .Great. Narrator!