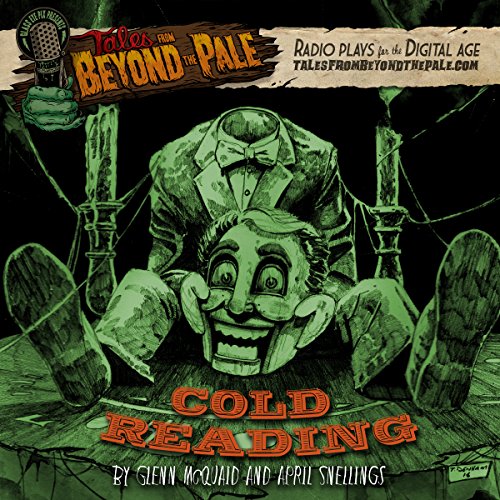 Spirits and secrets spin out of control during a séance at the turn of the century.

Boasting over 40 half-hour original shows, winner of three NRC Radio Awards for best Audio Dramas that "push the state of the art to the next level" (Slate Magazine), Tales from Beyond the Pale is the daring series of audio dramas created by Larry Fessenden and Glenn McQuaid for Glass Eye Pix. Season four features 10 newly released tales, recorded before a live audience in LA, Montreal, and Colorado at one-time-only events.

What listeners say about Cold Reading

Just becAuse you kill a baby doesn’t make it good horror. Disgusting and stupid.
I hated it.

Terrible story, annoying voices and just plain bad. I couldn’t wait for it to end.

These short stories are well written and acted out. Good horror is hard to come by in a time when the real world has become scarier than what's written in black and white. Thank God Tales from Beyond the Pale knocks it out the park and gives horror fans what we've been waiting for.