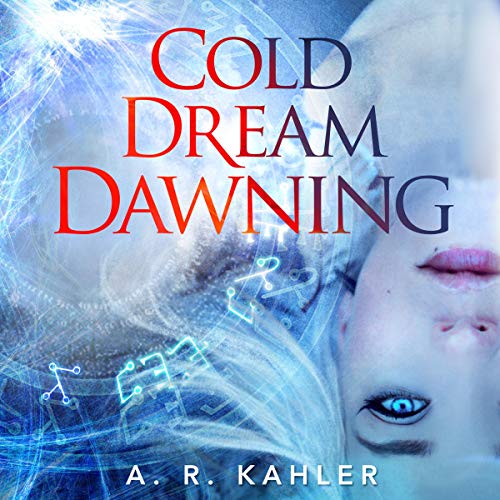 By: A. R. Kahler
Narrated by: Amy McFadden

Though trained as a ruthless and efficient killer, Claire barely survived her last assignment. Still reeling from the summoning of the deadly Pale Queen and Roxie's betrayal, she's unprepared for Queen Mab's next demand: to help uncover a new threat to the kingdom, Claire must hunt down the mortal mother she's never known.

But Claire's divided loyalties may be the least of her worries: her mother, the former star of the Immortal Circus, has other enemies - including the Summer King. To save the Winter Kingdom from the Pale Queen's dark designs, Claire must attempt to awaken her mother's hidden magic. But even if she succeeds, is there magic potent enough to protect her from the dangers lurking in the treacherous forests of the Wildness - or from the shadows in her own heart?

At several points throughout and many times near the end, I found myself rolling my eyes. I read the first book, and I didn't find anything truly remarkable about it other than a little entertainment, so I went ahead and chose the audible version of the sequel.

First, I don't think I'm particularly fond of this narrator. All the male voices sounded like they had emphysema and made me constantly want to clear my throat. The main character's responses to people had a flat tone at times, which I'm assuming was meant to illustrate the "cold hearted" nature of the protagonist. I just found it redundant and took away from the story. The choked-up tears near the end were cringey.

The story has an interesting concept, but the constant moaning and groaning about wanting a mother, wanting a home, la de da de dah was so grating to me. Wah wah wah and my eyes roll again. I feel like the themes building up to the protagonist ultimately performing her main objective (no spoiler here!) were lost in the constant emotional back and forth. Maybe the emotional back and forth was purposeful, but it just wasn't executed properly. Until writing this, I actually forgot what some of them were (example: Eli and the couple, Kingston's relationship with Viv, etc.) Wah! Mother! Wah! That's all I got from it.

Little spoiler here: The wilderness being chaos manifest didn't seem so imposing as Eli simpered on about before entering. For this "astral creature", whom the author spent thousands of words describing as emotionless and evil, sure did show some emotion and not-so-evilness by comforting Claire from the awful awful forest full of pink and gold fairies. Claire... what a bland name for this type of character.

For a little reference, I'm nearly 40 years old. Maybe this kind of story appeals to teenagers. Although the violence, language, and sex within would slap it with an R rating, and really isn't something teenagers should indulge in in my humble opinion. That's a general assessment of the world Kahler created, not specifically this volume. I gave it 2 stars because the story concept is good and I came back for the second volume. Probably won't read the 3rd though.

Anyway, in summary~ Cringey and eye-rolling

Cold Dream Dawning didn't draw me in like the previous A.R. Kahler books have, but it was still great, and has me wanting to finish the trilogy.

Amy McFadden is quickly becoming one of my favorite narrators. This is the 7th book I've listened to her and she is just perfect.

SPOILERS AFTER THIS POINT
It was mostly just very depressing to see where Viv has ended up in life. She was a character one couldn't help but get attached to in the Immortal Circus trilogy, and to see her fate unfold was so sad.

Kingston's fate was equally depressing. To know how much preparation he had put into his home and the family he had hoped to have. It gave me such a sense of heartache.

The Pale Queen trilogy is full of heartache and great character development.

I am sorry this is coming to an end I love this series sooo much you must read them all and the narrator is perfect read read read .😉😉😉😉.