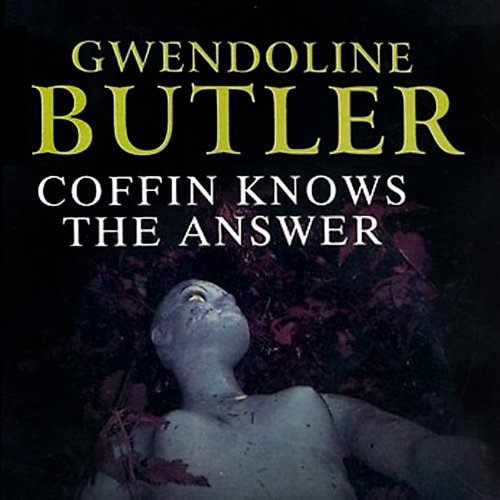 With his wife, the acclaimed actress Stella Pinero, away on a movie shoot in Scotland, Chief Commander John Coffin is at a bit of a loose end with just the cat and dog for company. But one morning, as he checks through the mail for his wife, he gets a rather unpleasant surprise: Horrific pictures of badly abused children sent anonymously to Stella. Rather than worry his wife, he vows to track down the culprit and calls in a trusted colleague, DCI Phoebe Astley, to assist him in his inquiries.

As they investigate Stella's stalker, another serious problem faces the detectives of the Second City of London. Several young girls have been murdered in Spinnergate with distinct and brutal similarities between the cases. Is there a serial killer on the loose? What is the connection to Stella Pinero, or is it all coincidence? As the investigations get closer to each other in focus, Coffin starts to feel that there are very personal motives at play as his wife's tormentor racks up the tension. When excavations near St Luke's unearth a chilling secret buried in the grounds of Stella's theater, John feels the net closing around those nearest to him and must act quickly or risk losing all that he holds dear.

A gripping exploration of hidden desires and terrors, Coffin Knows the Answer poses some disturbing questions about identity and relationships in the modern world.

What listeners say about Coffin Knows the Answer

I love this detective

Would you listen to Coffin Knows the Answer again? Why?

Yes. It was a complex story and you need to pay attention to catch all the clues.

It does a very good job of building character identity and story tension. I felt like I really got to know Chief Commander Coffin.

Have you listened to any of Nigel Carrington’s other performances before? How does this one compare?

None before, but I think he did a good job with this one. I would listen to his other recordings.

It made me frightened in some places, and it did give me a sense of the terror and tension that accompanies being a police officer.

This is part of a long-running series by this author, and I would recommend the other volumes as well, because the main character is very compelling and the setting is believable. One of the better English crime novel protagonists.