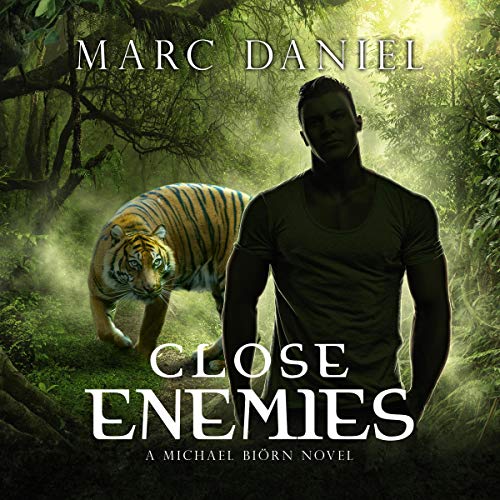 Tigers don’t belong in Yellowstone National Park. Yet, here they are...big, mean, and thirsty for blood.

It started as a routine check for park ranger Michael Biörn. A vehicle illegally parked on a service road. An instant later, a child is fighting for her life while the man responsible vanishes into thin air. Stranger still, the encounter leaves Michael wounded and unable to heal for the first time in his eon-long existence.

Before the shape-shifter has a chance to reflect on his puzzling disability, the slaying begins.

Yellowstone's bears are the first victims, hunted for sport by very large cats. But soon the beasts start targeting humans, and it falls to Michael to stop them.

In his weakened state, Michael will need some help to unravel the mystery behind the attacks. But who can he trust when every single one of his friends is a potential suspect?

In an investigation spanning three continents, Michael will need to come face to face with the demons of his past to protect those close to him and finally find peace.

Books in the Michael Biörn series are mysteries with an urban fantasy backdrop in the tradition of Patricia Briggs, Jim Butcher, and Faith Hunter.

What listeners say about Close Enemies

Such a wonderful series..


I liked Michael and Sheila. They're such a funny couple. He never know the right thing to say or do. He's an 800 pound bear, what does he know about feelings and such*******

This time he was battling the Fae, giant lions and humongous tigers, and they were trying to kill everyone Michael cared about. It was all very exciting*******

As to the narration: John McLain did a great job on the story. He still needs a little help with the women's voices BUT better a woman with a low voice than a hero that sounds like a girl, ugh!

loved this set of books

I highly recommend this set of books . I'm really looking forward to more from this writer.

I have enjoyed this whole book series. It has a lot of twists and turns. Has a little bit of everything in my opinion. Action, suspense and a love interest.

Ok so far this has been a good series, when is the next book coming out. I had been wondering when the government would be involved.

Enjoyed the mystery of this one as well as the evolution of characters and of the races. Hope there’s another soon.

This is a great series

I very much enjoyed This book along with the whole series. The story was very well written and hard to hit pause!

For anyone looking for a great book and series to keep them listening long after your road trip or work break has ended then look no further. I have listened to all three books and this was my favorite. The book is excellently written and narrated by my favorite narrator “John McLain” the way the narrator has different voices for every character keeps the listener very interested throughout the entirety of the novel all while perfectly perpetuating the essence of the character. Overall this is a great book and will leave you googling for the release of the upcoming books by this amazing author!

As always Mr Daniel has written another book that is hard to put down!!! I love the characters in his stories, the only issue is when is the next book coming? lol

Thank you for such an enjoyable ride!

Very good story loving this series.
Always loved werewolves and the idea of a werebear adds to the idealised imagery.

Great story with many twists.

A really good story which keeps you hooked right to the end. Look forward to the next one.