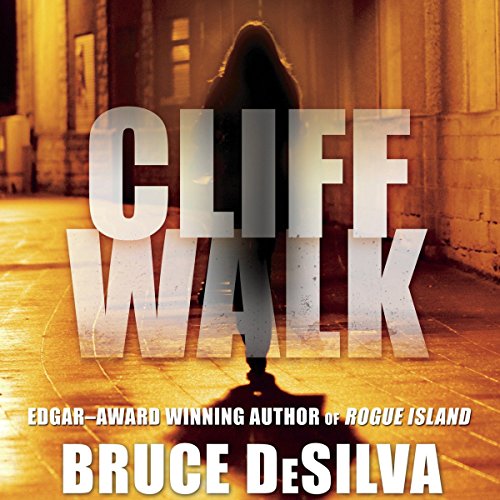 Prostitution has been legal in Rhode Island for more than a decade; Liam Mulligan, an old-school investigative reporter at a dying Providence newspaper, suspects the governor has been taking payoffs to keep it that way. But this isn’t the only story making headlines… a child’s severed arm is discovered in a pile of garbage at a pig farm. Then the body of an internet pornographer is found sprawled on the rocks at the base of Newport’s famous Cliff Walk.

At first, the killings seem random, but as Mulligan keeps digging into the state’s thriving sex business, strange connections emerge. Promised free sex with hookers if he minds his own business - and a beating if he doesn’t - Mulligan enlists "Thanks-Dad", the newspaper publisher’s son, and "Attila the Nun", the state’s colorful Attorney General, in his quest for the truth. What Mulligan learns will lead him to question his beliefs about sexual morality, shake his tenuous religious faith, and leave him wondering who his real friends are.

Cliff Walk is at once a hard-boiled mystery and an exploration of sex and religion in the age of pornography. Written with the unique and powerful voice that won DeSilva an Edgar Award for Best First Novel, Cliff Walk lifts Mulligan into the pantheon of great suspense heroes and is a giant leap for the career of Bruce DeSilva.

"[A] sterling follow-up to 2010's Rogue Island, which won Edgar and Macavity awards for best first novel.... Look for this one to garner more award nominations." (Publishers Weekly)

BUT.... don't start this series with this book as wonderful as it is. Nope, start with its predecessor, Rogue Island. You'll totally thank me. They just fit together so well and explain the living and dead cast members. OK, Ciff Walk can stand on its own bottom, but the beauty of Audible is that few books go out of print so we can enjoy Bruce DeSilva's imaginative growth. And Jeff Woodman' fascinating talent as an actor and creator. DiSilva is as good as any mystery writer... and better than most.

DiSilva plays and teases with moral ambiguities and conundrums. His ensemble fit together, and his plotting fits together like the legendary stones of Machu Pichu. Treat yourself to this series...

Bruce DeSilva: have you listened to this?

Jeff Woodman's incredible narration was the perfect topping to this great story. The plot, characters, dialog, quirky setting and atmosphere???and the narration???were all outstanding! Deep as I was into the unfolding story, there were numerous times when I just marveled at the narration [like the calls from Dorkus, for example]. Thank you, gentlemen.

I have to like most the main characters in a book. There's no way not to love Mulligan and his cast of cronies at the Providence paper he works for. The narration is brilliant. It's just a really fun book and series.

DeSilva and Workman are addicting.

This is the second book in the Liam Mulligan series, and I hope there are many more brewing in the mind of Mr. DeSilva. Mulligan is a throwback, a reporter who works in the palpably dying newspaper industry in Providence, Rhode Island. I know almost nothing about Providence, other than the fact that a former mayor named Rudy Cianci did about four years in a federal prison for corruption. The atmosphere created by DeSilva and Workman oozes corruption like a dead body stinks, if I may. The killings come fast and furious. This is not great literature, but it is great fun, and Mr. Workman in particular is the ideal narrator. His voicings are exactly right. There is a minor love story which tantalizes you, and in which you find yourself wanting to put words in Mulligan's mouth. There are numerous distractions, including the ex-wife, Dorcas, whose customized ring tone on Mulligan's phone is the first few bars of the song "Bitch." The action converges from multiple fronts, and, like most terrific thriller writers, I dare you to guess whodunit. I just could not stop listening to this. There are chuckles and rueful sighs, as we listen to Mulligan's world circle the drain. He is left standing, but the lessons he learns are bitter. It is only the skill of both Mr. DeSilva and of Mr. Workman which is sweet, indeed. Read on.

Even better than Rogue Island

This book is very well-written (spare, clean language and good character development ) and Jeff Woodman gives a great performance. The book also provides a window into the state of news and newspapers. This book is definitely worth the credit and you don't need to have read Rogue Island to follow the plot. - although it would be lots more rewarding to understand some of the backstory.

Good follow-up to Rogue Island. Paints a wryly amusing picture of the seamy side of our smallest state, and also of the sad state of our newspaper industry. Engaging and original characters; reasonably engrossing plot. Narrator does an excellent job with local accents which greatly enhances the experience. For those interested in a good listen and an intriguing view of Rhode Island, perhaps especially those who attended an occasionally-maligned "elitist" university there, this book is a great find.

No 2 in the Rogue Island series

This is the second book in the Liam Mulligan series about a journalist in Rhode Island who is working for a dying newspaper. He receives a call from a friendly cop that brings him out to a pig farm where dump trucks routinely dump garbage to be eaten by the pigs, seemingly as a form of recycling. Only the pig farm owner finds one of his pigs trying to eat the arm of a child. People come out to clean out the pig farm to find other body parts. At first it’s just a matter of disappearing children, maybe a serial killer. Then Mulligan is led into a world of prostitution and child pornography. There are more killings linking these two subjects together. This is a good thriller, while also retaining Mulligan as a person with a sense of humor, even able to laugh at his own clumsiness. It’s a good book

DeSilva and Woodman are a killer combination!

Where does Cliff Walk rank among all the audiobooks you’ve listened to so far?

This is the second DeSilva book I've listened to, and the magic here depends less on the plot - though that is reliably good. It's Jeff Woodman's inspired narration of the various shady and slightly demented characters. He is a genius!

What other book might you compare Cliff Walk to and why?

Have you listened to any of Jeff Woodman’s other performances before? How does this one compare?

He read Rogue Island, which made me want to get Cliff Walk right away.

I laughed. Out loud.

second as good as the first (Rogue Island)

Where does Cliff Walk rank among all the audiobooks you’ve listened to so far?

Among the best - have listened to it three times.

What was one of the most memorable moments of Cliff Walk?

The last day of yet another reporter as the newspaper struggles to survive.

Not only in one sitting but more than once.

The narrator is this character - wonderful.

What did you love best about Cliff Walk?

Great second installment of this new series. It's so tangible you almost feel Rosie is still a live part of the movement of the protagonist's life. Incredible narration.

Exciting story, great atmosphere and continuity of characters was spot on.

Doubled the pleasure of listening, and he enhanced the story. One of the best narrators I've listened to.