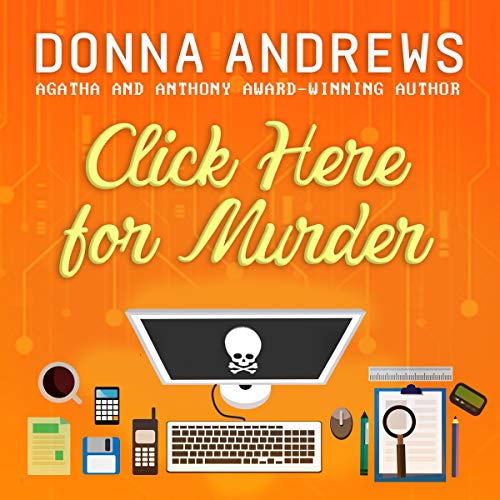 Ray Santiago's friends from work know him as a brilliant-but-easygoing systems engineer who spends a lot of time on his favorite online role-playing game. But the game is over for Ray: His colleagues from work, Maude, Tim, and Turing, have just found out about Ray's murder in a dark alley.

He was shot, and his laptop stolen. It could be just another DC street crime. But if Turing's password was in that computer‚ and it's fallen into the wrong hands‚ she could be in terrible danger. With Turing's web-searching powers and Maude's and Tim's access to the outdoors, the trio starts looking into Ray's death, tracing their colleague's life from that fatal night, backspace by backspace. But this project leads to more questions than answers‚ because Ray seems to have fabricated his life story, even his name.

And now their quest is growing even more crucial. For as they sort their way through Ray Santiago's various personas, online and off, danger lurks in the lab‚ perhaps within the very computer in which Turing lives.

Was hoping for more but it's tedious. Started off OK but became bogged down. Disappointing

I enjoyed this addition to the series.

Donna Andrews has an incredible imagination to create the storylines for this series as well as the Meg Langslow series. Her twists always keep me quite entertained. Bernadette Dunne as always, have a stellar performance. To wrap up this review, I can’t help but mention that ending a book/audiobook with a cliffhanger is unkind to your fans. No worries Donna, I still love you and your artistic creations!

Love the series, story and narrator. Just sorry that it wasn’t continued and that there are only two more.

Usually I love Donna Andrews' novels so I was thrilled to find this series on Audible. The first book wasn't as good as her other series but it wasn't too bad and the idea seemed cute. This one got just got too tedious. Bernadette Dunne made a good attempt at sounding like a computer but after a while it just got too hard to listen to and grated on my nerves. I had to switch off periodically and listen to an other books.

The book must have been written in the 90s when computer technology was just developing AI.