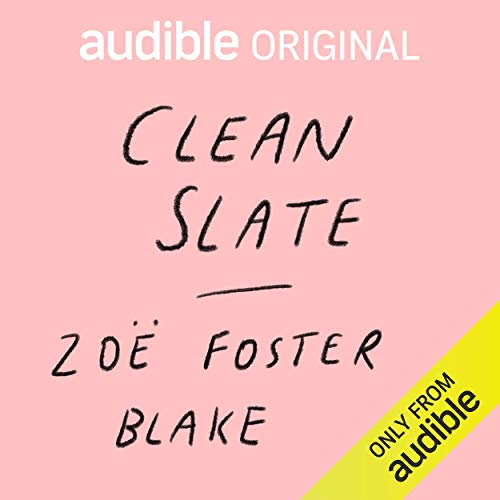 If you both cheat, does that cancel the infidelity out altogether? Can you just wipe the slate clean?

Cam and Holly have a picture-perfect marriage and life: a beautiful house in the suburbs and two adorable little boys. Cam has sold his successful marketing agency to look after the boys while Holly goes full throttle on her career post-maternity leave, and everything’s peachy.

‘Til Cam discovers Holly has been having an affair with a colleague.

Heartbroken but pragmatic, Cam sees the situation as an opportunity to confess his own infidelity with his 21-year-old assistant. His thinking being a dual-infidelity situation means they cancel each other out…and their marriage will simply bounce back, and they’ll fall in love all over again. But a tangled web of lies and buried resentments makes starting over harder than he thought.

Zoë Foster Blake has written a provocative novella that rips off the glossy cling-wrap of being successful and married with young children. Clean Slate is narrated from the husband’s perspective and will invite listeners to rethink infidelity and how it can creep into a marriage.

Zoë Foster Blake is the author of 10 books so you’d think she’d be capable of a sassier bio, frankly.

She has written four adult fiction novels, Air Kisses, Playing the Field, The Younger Man and The Wrong Girl, which was adapted into a Channel 10 network television series, four nonfiction titles, Textbook Romance, Amazinger Face, Break-up Boss and LOVE!, and two children’s picture books, the award-winning No One Likes a Fart and soon-to-be released Back to Sleep. She is also the founder of the Australian skin care company Go-To.

Zoë lives in Melbourne with her husband and two children, who kindly let her make porridge each morning for them.

What listeners say about Clean Slate