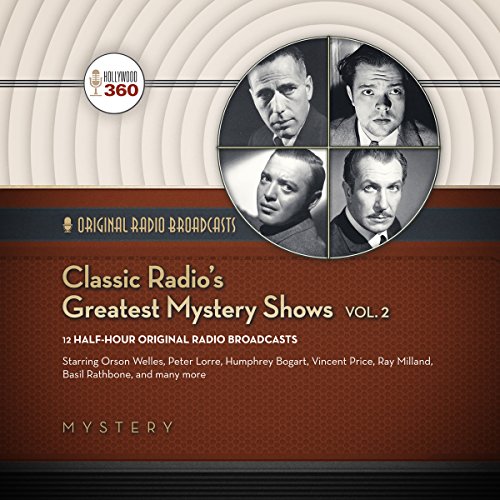 This collection contains 12 of the greatest mystery shows ever broadcast during the golden age of radio, featuring the legendary stars that made them great.

You will hear Orson Welles, Humphrey Bogart, Peter Lorre, Vincent Price, Basil Rathbone, Joan Fontaine, and other stars in classic radio episodes from such radio shows as Suspense, Escape, The Whistler, Inner Sanctum, The Screen Directors Playhouse, and The Weird Circle, among others. Settle in to relive 12 of the best classic radio mystery shows from yesteryear: