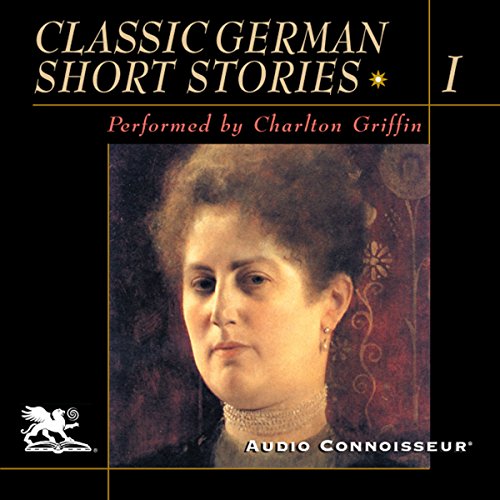 German short stories began in the late 18th century as brief, beautifully written moral fables. In the following century, style evolved toward realism in parallel with that of other European literature. From the lofty idealism of Goethe to the searing verisimilitude of Mann, German writers of all styles have left us some of the most arresting profiles of the human condition ever conceived. Roiled by gigantic undercurrents of history and blessed with a multiplicity of great poets, thinkers, and artists, the German speaking lands have provided extraordinarily rich soil for literature.

Selections in Volume I:

The Attorney by Goethe
A beautiful young girl discovers an inner awareness during her husband's lengthy absence.

The Sport of Destiny by Friedrich Schiller
A young man comes into the possession of power and its insidious influence.

Bassompierre by Hugo von Hofmannsthal
In 16th century Paris, a dashing French soldier pursues a romantic affair in a time of plague.

The Bachelor by Arthur Schnitzler
At the death bed of their comrade, three friends find a disconcerting letter that reveals intimate details about their wives.

Little Herr Friedemann by Thomas Mann
This tale of unrequited love and cruel rejection ranks among the world's great masterpieces of psychological pathos.

The Enchanted Cabinet by Friedo Lampe
A whimsical romp through a German seaside resort complete with burglar, magician, detective, damsel in distress, and hero.

"These stories represent the cream of the crop. Charlton Griffin is an amazingly gifted reader who can turn his soothing bass voice into an utterly convincing female in seconds. It's surprising to see his name listed as the only narrator." (AudioFile Magazine)

The stories vary in quality, however there are some gems. Little Herr Friedeman is absolutely excellent, with a simplicity and precision of language that I've not seen before. The Enchanted Cabinet seems to be from the late 19th century and compares well with a Sherlock Holmes tale, although with more warmth and humour. The reader is top-notch, with an ability to switch voices, even female voices, that is uncanny.

16 of 16 people found this review helpful

In this colletion which spans several centuries, each story brings back something of a world forever lost to us. But perhaps we can find "einen Duft als wie aus alten Zeiten," in the words of an old song.

Here we have the morality tales of Goethe and Schiller, the drama of Schnitzler, the psychological realism of Mann, a haunting tale for a winter evening from von Hofmannsthal, and comic turns from Hebel and Lampe. Griffin's glorious narration with music and sound effects make the stories just that much better than they appear on the page. What a wonderful way to spend a quiet afternoon!

I was happily surprised to hear a selection from Friedo Lampe (1899-1945), whose work never did very well during his lifetime. He annoyed the Nazi regime, which didn't help matters, only to die when he was shot by the Russians during the invasion. His comic caper "The Enchanted Cabinet" evokes the seaside atmosphere of five o'clock tea dances and amusements of German vacations in the pre-war period. (Lampe was quite gifted with capturing regional dialects, which isn't something that can be translated into English). May more readers make his acquaintance through this tale.

I'd love to hear Griffin read a collection of Zweig or Schnitzler. And may I ask: where is Volume 2? More, please....as soon as possible.

6 of 6 people found this review helpful

Delightful studies of the human condition

Beautiful stories that study humans in all their wonderful imperfections, perfectly narrated by a world class narrator. Quite a gem. And a very nice introduction to classic German literature. Highly recommended!!!

Wish the recording had been of higher quality.

3 of 10 people found this review helpful