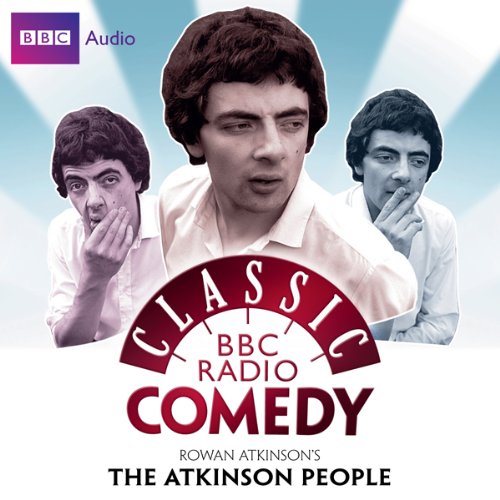 Produced by Griff Rhys Jones, Atkinson’s People was one of the first radio series ever to star Rowan Atkinson and was a forerunner to the massively successful Blackadder TV series. Rowan Atkinson stars in the spoof radio series, which examined the personalities behind the headlines - co-written by Richard Curtis.

What listeners say about Atkinson's People

If you’re looking for Rowan Atkinson like he was in blackadder this is not it. I found it slow and boring and not as dynamic and witty.

I've been a massive fan of Rowan Atkinson since I was a kid. I'd never heard of this radio series so I snapped it up. Unfortunately, it's bad. The concept is fine but the execution is poor. It just isn't funny, because when the show is mocking characters who aren't funny so there's no comedy. It was painful to listen to.

i want what i baught not something else

If the download would come with the two hours I paid for not 0.0 minutes when download completes

Would you ever listen to anything by Richard Curtis and Rowan Atkinson again?

Who would you have cast as narrator instead of Rowan Atkinson?

If you could play editor, what scene or scenes would you have cut from Classic BBC Radio Comedy: Rowan Atkinson's The Atkinson People?

Why when I buy directly from amazon ive had no problem. The first time I try to buy elsewhere I get screwed