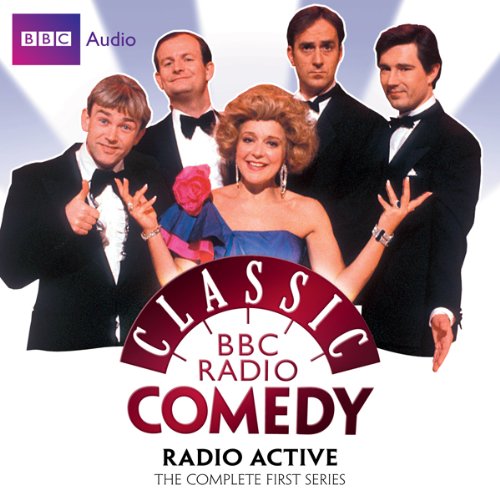 Featuring the HeeBeeGeeBees, Status Quid, and Kenny Rogered, this unique radio station also has some royal visitors, goes on the road to meet the general public, and announces the winners of the Radio Active Awards!

It’s 19 minutes past exactly, as the get-up-and-go-show brings you traffic reports, time checks, music, more time checks, ridiculous Recipes of the Day, Miranda the Medium - and some good news about Bucks Fizz.

Angus Deayton co-stars in the complete first series of the BBC Radio 4 cult comedy - co-written by Richard Curtis - which later transferred to television as KYTV.

Very disappointed, absolute crap!!! Musical bits quite amusing but the rest was puerile and childish. I wanted to return but was unable to. What a waste of a credit. Not worthy of Richard Curtis. Would NOT recommend.