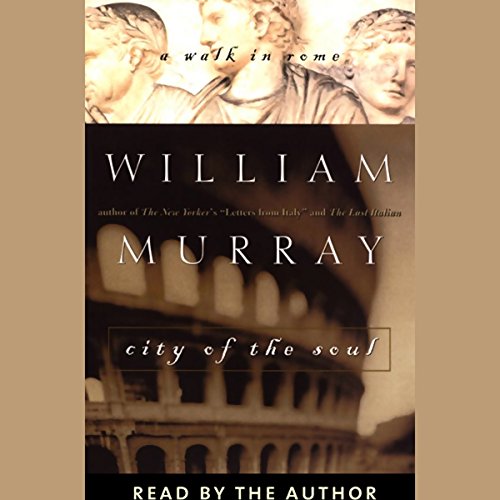 City of the Soul

“One lifetime is not enough for Rome,” the famous saying goes, and anyone who’s ever been there knows these words to be true. In City of the Soul, William Murray begins to show us why.

Growing up in Rome and spending much of his life in the city, William Murray is an expert guide as he takes us on an intimate walking tour of some of Rome’s most glorious achievements, illuminating the history and the mythology that define the city. Murray leads us through the centro, the city’s historic downtown center. He writes about the Villa Borghese, the Piazza di Spagna, and the Trevi Fountain and describes such singular attractions as the Capuchin Church of Santa Maria della Concezione, whose macabre crypt has impressed visitors from Mark Twain to the Marquis de Sade.

As he walks, he reveals stories that only a longtime resident would know, capturing the sights, sounds, and flavors that make Rome a combination of the deep past and the ever-sensual present.

"Like a nice walk, Murray's work is leisurely yet not too long, inspiring daydreams of zooming around town on a Vespa in an espresso-induced state of ecstasy." (Publishers Weekly)

What listeners say about City of the Soul

Fun listen before heading to Rome

I bought this in preparation for a trip to Rome but didn't have time to listen to it before or during my stay. I listened to the book shortly after I returned from Rome. It was still fun to listen to the author's thoughts on places I had recently visited but I wish I had listened to it before going to Rome. The book is short and very personal. Not a replacement for a good history or guidebook but a great addition to those sources.