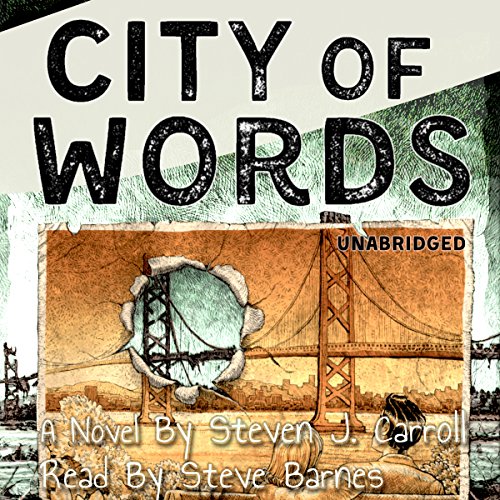 One word changes everything.

The all-powerful ruling authority, the Common, implants sensors into its citizens, sensors into the eyes and into the ears. They can see what you see and hear what you hear, and everything is monitored and recorded. One wrong word, or action, and you can lose your citizenship, which means death.

This is the world that Alpha has survived in for 13 years, and he's good at it. At the School, he's an instructor rank, the highest ranking, which means almost no mistakes, for years. But now everything is unraveling. The Common has set their sights on him, systematically testing him to determine his allegiances. And what's worse, they're bringing Theta into this, the only person in the world that he cares about, and they might even kill her to get to him.

And the only way that this gets resolved, and the only way he can keep Theta safe, is if Alpha finds a way to escape the School. But how can you run from an enemy who can watch you at all times, an enemy who knows everything about you, when a single misspoken word can destroy you?

What listeners say about City of Words

Never trust the Common to tell you the full truth

If you could sum up City of Words in three words, what would they be?

Exciting, unique, edge of your seat

What other book might you compare City of Words to and why?

Hunger Games and the Divergent Series comes to mind, in that this is a teen dystopian story, but a world and story that is unique.

What does Steve Barnes bring to the story that you wouldn’t experience if you just read the book?

Great reader...really pulls you into to the story.

Each chapter was a cliffhanger...every question that was answered, another one was raised. I was mad at the ending...but immediately purchased the next book to see what happened.

This is a great new series from a talented author. It's a very engaging story with memorable characters. This books needs to be made into a movie!

This is an amazing book. Second time to read!

I love this book and to fall into the world with Alpha and Theta is just such a pleasure. I cannot wait for more from this author!!!