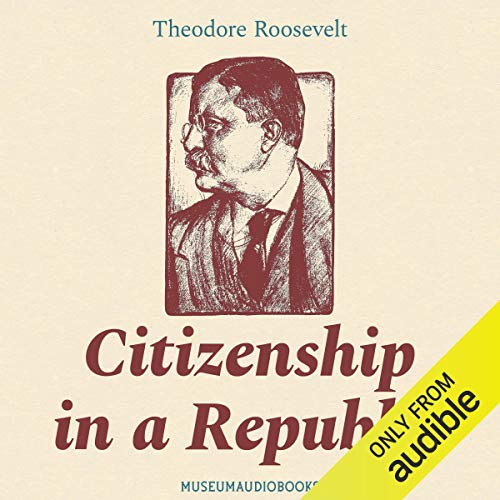 Citizenship in a Republic

Citizenship in a Republic

Citizenship in a Republic is the title of a speech delivered by President Theodore Roosevelt, at the Sorbonne in Paris, France on April 23, 1910. It popularized the phrase "The Man in the Arena", as a person who is heavily involved in a situation that requires courage, skill, or tenacity, as opposed to someone sitting on the side-lines and watching: “It is not the critic who counts; not the man who points out how the strong man stumbles, or where the doer of deeds could have done them better. The credit belongs to the man who is actually in the arena, whose face is marred by dust and sweat and blood; who strives valiantly; who errs, who comes short again and again, because there is no effort without error and shortcoming; but who does actually strive to do the deeds …” Presidents John F. Kennedy an Richard Nixon quoted from "The Man in the Arena" in their speeches.