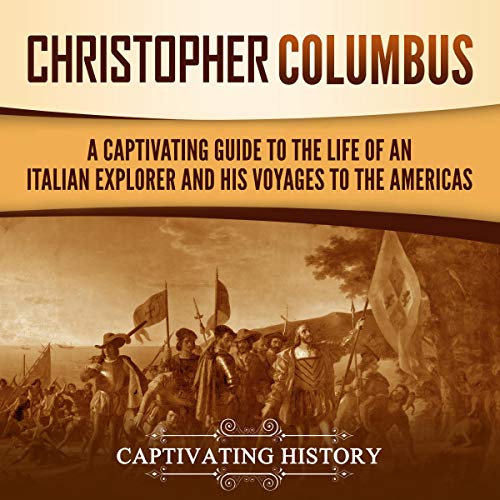 If you want to discover the captivating life of Christopher Columbus, then pay attention....

Christopher Columbus was one of the most courageous of the world’s explorers. He embraced risk in an era when the blinding expanse of the Atlantic Ocean frightened the Europeans.

The cartography of the day was incorrect, as he learned through bitter experience. Columbus is credited with the discovery of America but never realized it during his lifetime. His career as a navigator was peppered with mishaps that shattered the ignorance of the age. Although he was no scientist, Columbus initiated new fields of study and analysis.

In 1492, he landed at San Salvador in the Islands of the Bahamas, and he was the first European to have explored the Caribbean Sea. He was the first European to set foot in Cuba, Haiti, and Trinidad, as well as the countries in Central America. Columbus’s voyages astonished all of Europe and started a virtual stampede of competitors in search of the East Indies by sailing west.

His life was fraught with adversities such as betrayal and character assassination. It still is today. However, his loyalty cannot be assailed, and few have recognized that fact.

The life of Christopher Columbus is a fascinating portrayal of a man whose ego was greater than his common sense. His brand of reckless abandon makes Olympic champions out of foolhardy amateurs. This is the story of a man devoted to a goal he was willing to pursue or die trying. And, tragically, he did die trying.

In this audiobook, you will discover topics such as:

So if you want to learn more about Christopher Columbus, scroll up and click the "Add to Cart" button!

What listeners say about Christopher Columbus

The author does a great job building background knowledge of the time of history he is exploring in his audible. This helps to put the listener in the frame of mind to understand the causes and effects of events.

In today’s environment, Christopher Columbus has been seen as less of a hero because of his encounters with indigenous people throughout his voyages and the resultant expansion of Europe into the Americas. Until recently, the people he labelled as “Indians” received violence and slavery, were forced to convert to Christianity and introduced to a host of new diseases.

This audible brought out some interesting, less-known facts about Columbus. He was generally a self-taught man who was a captain in the Mediterranean Sea before engaging in longer trips. Another aspect of Columbus was that he was an 'advertiser and a salesman of extraordinary ability.

This audible is a quick listen, but it offers a lot of information about Columbus's life and voyages. It covers his early years, what we know of his family life, and how he travelled to the Americas. The descriptions of the voyages are particularly detailed, giving us insights into his crew and his ships.

A Suberb Examination of Columbus' Life

In "Christopher Columbus," Captivating History explores the life of the eponymous explorer. Tales of adventure, discovery, and his impact on the world since are included here, making for an exciting listen.

I listen to this book because I've wanted to know exactly why our Modern Age what's so against Christopher Columbus. he was a man who was Reverend in the 18 and 19 hundreds. my own great-grandfather and many of yours was named after this man. yes he did do many wrong things. But they were not things that was not done in the world at that time. always when someone conquered a civilization the people would be captured and used to slaves. it would be much as our armies and forces taking prisoners. I think to deny him the respect of what he did accomplish is very sad. then also not to realize where our nation came from and how we have changed degrades our ancestors. we must look to what have what has happened in our past to make our future better. I think that this audiobook was very informative and gave direct information as to most of what went on during Columbus's time. I really enjoyed listening

I think that this audible is a nice short little audible on Christopher Columbus. I think it can be used to possibly supplement the material on him. Although well written I would not use this audible as a sole source for writing a research paper but use it combined with other sources.

Captivating history has put all the facts about Christopher Columbus in this quick listening, an interesting piece for us, but if you only know the grammar school version of him being the first person to discover America, then the facts might come as a shock.

The good, the bad and the ugly.

The audible in true Captivating History form tells the story of Christopher Columbus the good, the bad and the ugly. A very short audible to listen. Highly recommend!

Being a Knight of Columbus I already had a lot of knowledge on Christopher Columbus and I watched Josh Gates program concerning this historic explorer. While I did not learn too much new information, there were a couple of new facts.

A very listenable history of the great explorer and adventurer. Columbus was driven to serve his king and country and, over several voyages, established relationships with native peoples, some friendly, and some not so friendly. He also established several settlements, some of which are major cities today.