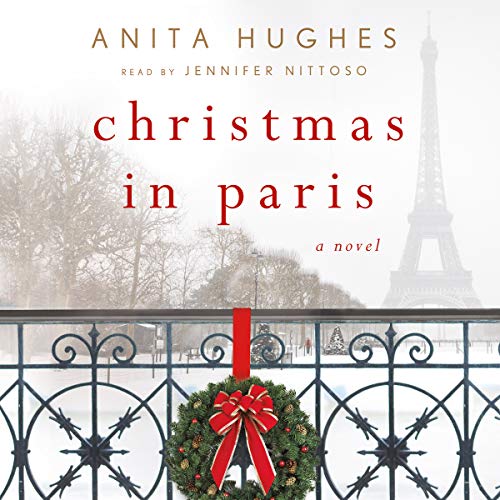 Anita Hughes's Christmas in Paris is a moving and heartwarming story about love, trust, and self-discovery. Set during the most magical week of the year, the glorious foods and fashions of the most romantic city in the world are sure to take your breath away.

Isabel Lawson is standing on the balcony of her suite at the Hotel de Crillon as she gazes at the twinkling lights of the Champs-Élysées and wonders if she’s made a terrible mistake. She was supposed to be visiting the Christmas tree in the Place de la Concorde and eating escargots and macaroons with her new husband on their honeymoon. But a week before the wedding, she called it off. Isabel is an ambitious Philadelphia finance woman, and Neil suddenly decided to take over his grandparents' farm. Isabel wasn't ready to trade her briefcase for a pair of rubber boots and a saddle.

When Neil suggested she use their honeymoon tickets for herself, she thought it would give her a chance to clear her head. That is until she locks herself out on the balcony in the middle of winter. Thankfully, her neighbor Alec, a French children’s illustrator, comes to her rescue. He, too, is nursing a broken heart at the Crillon for the holidays. With a new friend by her side, Isabel is determined to use her time in the "city of lights" wisely.

After a chance encounter with a fortune teller and a close call with a taxi, she starts to question everything she thought was important.

What listeners say about Christmas in Paris

Awful French accent, isabellle was like an annoying 12 year old and Alec sounds so
Loserly. I didn’t like it. Oh and why the sex scenes with the 2 minute plunging. So much for French prowess

The story might be good- but I doubt it. What I did hear was mostly silly. Either way, I could’t stand to listen. If the the narrator said one more French word totally wrong I was going to scream. And the male character’s “French “ accent was unbearable. If you can’t do a decent accent, just use your own. I’ve listened to too many books with terrible fake accents, I wasn’t going to do it again.