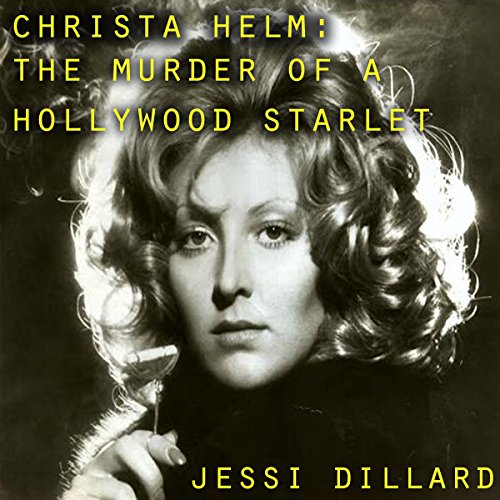 Tall, blonde, and beautiful, Helm never really made it as an actress - despite leaving her home and a new baby to pursue her career in the movies. However, Helm was touted as the "ultimate party girl", and was a known fixture at parties and bedrooms throughout the Hollywood Hills. Her list of conquests included names like Warren Beatty, Joe Namath, Mick Jagger, and the Shah of Iran - and details of these trysts were recorded in Helm's diary, complete with a rating system to evaluate the bedroom skills of these famous men. When Helm's body was found, police found the diary missing, as well as the tapes Helm had secretly recorded of her sexual encounters. The suspicion was that Helm had been murdered for what she knew, and may have been extorting the celebrities and politicians that she'd bedded. However, the case has remained unsolved, and to this day, no one really knows what exactly happened to the actress known as Christa Helm.

What listeners say about Christa Helm