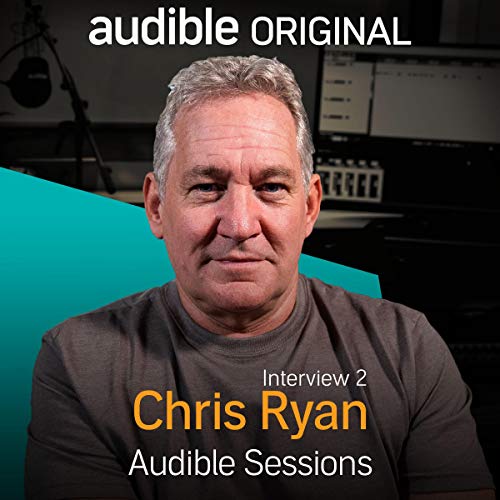 Joining us at Audible Studios is former SAS sergeant Chris Ryan. Ryan enrolled in the British Army at the age of 16, where he then passed selection to join the 22 SAS Regiment under ‘B’ squadron. Ryan spent the next seven years of his life serving around the world on covert and overt operations.

Ryan was a key member of the infamous Bravo Two Zero SAS patrol in Iraq during the Gulf War. The patrol was compromised and was forced to head towards Syria on foot. Ryan was the only one of the eight-man team to not be captured or killed. He made the longest escape ever made by an SAS or other soldier, trekking 190 miles by foot.

Ryan was honorably discharged from the SAS in 1994, after being awarded the Military Medal in 1991. Since leaving the army, he has contributed to many television programmes, sharing his wealth of experience on how to survive events such as natural disasters, violent assaults and nuclear terrorist attacks.

He has also had an incredible career as an author, with titles such as The One That Got Away, Strike Back, the Danny Black series, and the Alpha Force series. His book The History of the SAS tells the story of the SAS 22 Regiment from its humble beginnings, sharing details from missions in Oman, Borneo, Northern Ireland, the Falklands and more.

We spoke to Chris Ryan about his book The History of the SAS, how being in the SAS affects him today and talking to an SAS soldier now in his 90s as part of his research.

Was well worth the listen.

From a now ex Australian army soldier, medically discharged never wanted to leave yet my bodies bones are older than me lol, ptsd was the end of It turning up a cpl yrs after out of blue. Casing wife to rake both my kids and calling our 12 yrs together quits. The rest just keeps getting dark. Yet my service dog trooper taking up guitar and photography. Has helped me a lot, with Also including audible books allows me to lay relax and enjoy having something done for me