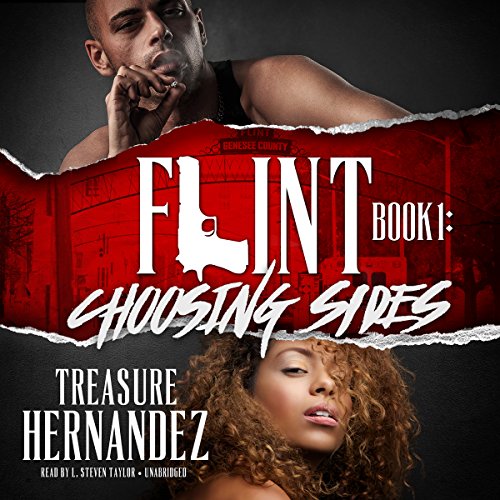 Welcome to Flint, Michigan, one of the roughest little cities in America, a place where the good die young, loyalty is a rarity, and everybody has a hustle. Malek Johnson's hustle is the basketball court, and he's the best Flint's projects has ever produced. He's on his way to the University of Michigan, but not for long, because all the NBA scouts say he's destined for the pros after a year or two of seasoning.

Malek finds love in the super fine girl everyone calls Halleigh, and he promises her that he will take her out of the hood. When Halleigh's virginity is traded in exchange for her mother's drug tab, their dream spirals out of control, and they are quickly separated and sucked into the life that they have so desperately tried to avoid. With no place to go, their destinies take them down separate paths. Malek becomes affiliated with the North Side's biggest kingpin, and Halleigh is manipulated into the streets by his South Side adversary.

North versus South, love versus loyalty, and lies versus truth. What will they choose? Walk with Halleigh and Malek as they introduce you to a new struggle in a new city...a place called Flint.

What listeners say about Choosing Sides

the story was interesting but the narrator brought it to life! it was a very good listen

The narrator with this Pimp voice was a super yes for me. He really delivered the story nicely.

The book was just ok , it seems to be dragging out.it could have ended with the first book.

why is this book free but 2nd not and other are

these stories are really good but this is the truth for some ppl. that being said the story line of the book is good and will make a great series just kind of let down that the first book is free on inkscape but I had to pay for the second one and the third fourth and fifth is also free

This book made me so damn mad!!!
After regaining control of my emotions it's one hell of a rollercoaster ride!!
must get the rest of the parts to see how it will turn out

This book was great to listen to. It kept me wanting to know more and now I’m looking for the other parts to the story lol. It’s worth it!! I love these Flint stories.

maliek and heighley has been through so much in just a short time. I hope they are able to find each other again