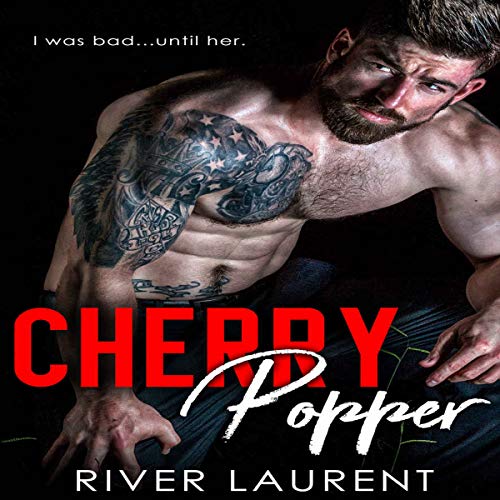 Will a chance reunion lead to more than the HOTTEST night of her life in this sexy second chance romance?

I was the poor kid from the wrong end of town, and she was the little rich girl who thought she was better than me.

F--k her, I told my young heart. It wasn't like I'd go without. And I didn't. My bedroom became a revolving door.

Years later and she's back in my small town.

Well, well, the little rich girl has become a luscious woman with curves I want to lick. Best part of all is she's in a jam and needs my help.

Sure, baby. Sure, I think I might have just the tool you need....

He doesn't know it, but I was crazy about him. I only turned him down because I didn't want to be just another notch on his bedpost. Not that it bothered him, with his wicked smile and piercing blue eyes he went on to claim the cherries of so many girls he earned the title of Cherry Popper.

After college, I moved to the city, but now I'm back for my friend's wedding, and the first person I run into is him.

Oh my, but he's a sight for sore eyes. The grown up Jesse Cooper - all hard muscles and oozing sex appeal - may even be able to fix my...uh...other problem too...

Quick, hot, sexy and a good story! I loved my first listen of River Laurent. Mia catches her fiance in bed with another woman and rushes back to her hometown. Her car breaks down, and the only mechanic is Jesse, a man she knew years ago in high school. Jesse has a reputation with the ladies, and Mia is the only girl who ever said no. Will she say no now? These two have explosive chemistry, but that is not all this book is about. Their are confessions and redemption, guilt and love all melded together. I love how much is packed into this short, and Laurent does an amazing job of developing both the characters and the story. Don't be fooled by the title, it's got a lot going on and is a great listen.

Sophie James has a sultry voice, able to give Jesse that little bit of roughness, yet keep Mia with a touch of vulnerability. Her performance is always one that I enjoy with a great pace and good emotions and inflections.

I was 100% hooked from the moment a cake was thrown! This was the perfect audio for me to listen to while out doing all my weekend errands! It was sassy and sexy with a touch of drama; everything you could want from a short listen!

The narration was amazing, Sophie James did a fantastic job!

I loved this story from the word go! The story was the perfect mix of funny, sexy and drama filled. I I loved the opening scene! The characters were well written and drew you in. The narration was very enjoyable. Great listen :)

River Laurent starts off this story with a bang, grabbing your attention right away and holds it to the very end. I really liked the lead characters, Mia and Jesse, each had their own struggles and issues to work thru. Secondary characters added to the drama being societal snobs with better than thou attitudes who frowned upon the less fortunate. This book was fast paced and entertaining, included some fun moments, smoking hot scenes, secrets and drama. Thank you River Laurent for the Great Read!!

Sophie James performs the voices of all the characters, switches back and forth effortlessly without missing a beat. She narrates the story nicely and in a perfect flow bringing the characters & story to life from the pages to your ears. Thank you for the great listen!

This was a fun read. Right a way we get an idea of how much of a spitfire Mia is when she walks in on her fiance cheating on her. After clarifying just how broken up they are, she heads back to her hometown for a friends wedding. Fate throws her in the path of her high school crush Jesse, aka Cherry Popper, and sparks begin to fly.

I like this book, it was fun and sexy, and I enjoyed seeing their relationship transform from a bit of contempt to more and more. I liked how Mia was able to stay true to herself throughout the story. We were able to see what a good guy jesse was despite his gruff exterior. My only real complaint is that i thought the transitions could have gone a little smoother. I thought the timeline was correct but that we could have been eased into each step a little more. She went from being somewhat disgusted by him to wanting him NOW without any hint of change and then all of a sudden in love with out more hints at feelings before that. I think if I had had just a little more of that I would have connected with their connection a bit more. Other than that though the story and characters really worked well for me.

Wow, this novella packs quite a punch. It was highly enjoyable reading about Mia and Jesse. I loved the chemistry between the characters. I liked the narrator Sophie James, and will definitely look for more stuff from her. All in all it was a great listen. Highly entertaining.

Loved the story. The thing I loved the most was how strong the main character was. Wish it would have been longer though because I really liked the writing.

I thought this narrator gave a great performance and represented Mia well. She made this a pleasant quick listen.

I received a review copy at my request and have voluntarily left this unbiased review.

This book was completely awesome!

This narrator was wonderful!! She did both parts perfectly! It honestly takes a talented narrator to do male and female voices impeccably. But Sophie James nailed it!! The story was awesome ! And I loved how the female character was not a weak timid girl. She stood up to the people that wronged her and I loved every minute of it. Jesse and Mia were definitely a force of good for each other.

Short sweet and sexy. Knowing someone from childhood and thought your not right for each other and grow up and fine each other again. Breaking down barriers to make yourself happy and a great feeling and makes a good book. Worth the listen.

This was a fun and sext read. The story grabs your attention from the start. The narrator did a great job with the different points of view and voices.

This 'wrong side of the tracks' romance is heartwarming and hot. Sophie James captures both the voices well.

Mia has caught her fiance cheating and has drove back home and her car breaks down. She runs right into the guy she secretly crushed on from high school, Jesse. He is hot and she instantly wants him. They are from two different sides of town, can they make it work regardless of what others think or is this a fling. Good Narration.

Anyone that has finished high school and wondered about that boy/girl they used to know and secretly crushed on...this story is for you. While the title of the book in my opinion sounded a little more "scandalous" than it was, this story brought me back to peer pressures as a teen, and people that thought they were better than others with over bearing parents.
Sophie James the narrator, does a terrific job of modulating her voice for the male and female roles which helps you place yourself right inside the story.

omg the voice just no

the story is good, because i was enjoying reading it i brought on here to listen to whilst at work but the voice no not even listenable for me

This was a great story. I felt so sorry for Mia she found her fiance and best friend in bed together but I was so happy that she didn't really care she was glad for the excuse. On a trip home to her friends wedding she meets up with Jesse the school stud and whore but being the only girl to turn him down he was more than a little turned on by the older Mia. With nothing to loss and a weekend of fun to be had Mia and Jesse have one hell of a fling. But can feelings really not be made when you have always had a crush on each other. I found this story sad that Jesse had such a hard upbringing and Mia was from the well to do side of town so dating a grease monkey was frowned upon. I am so glad Mia like Jesse because he was fun and sweet and sexy. They were great together and it got very hot at times. Sophie James was great I love it when after listening you can't remember if it was just one narrator or 2 she did a great male voice and told the story so well. This is a short story but River Laurent fitted so much into the 3 and a half hours. I am glad I got to listen.

I really enjoyed this Audio book, the story flowed well and the narrator was good , I felt really sorry for Jesse and all the rubbish he has to go through and how much he is judged by people and I'm so glad Mia saw past all the bull people were spouting , highly worth the listen/read

Very enjoyable to read. Good performance from Sophie. Well written and could be followed up with other characters stories.