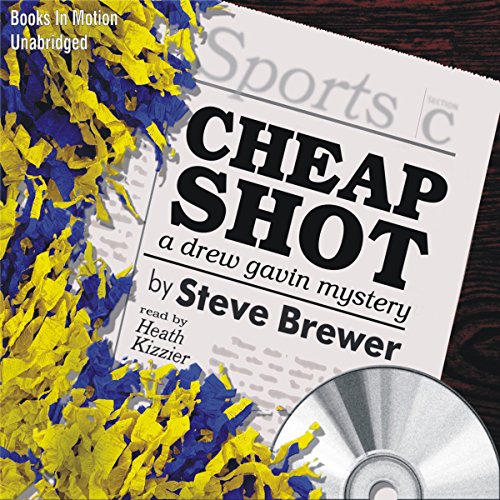 With his new position as Albuquerque Gazette sports editor, Drew Gavin hopes life will slow down. Then a late night phone call brings Drew to the side of his reporter and friend, Curtis White, who has awoken in a strange bed beside a beautiful cheerleader. The problem is the cheerleader is dead, and a pompom blossoms from her mouth like some deadly flower. Curtis can't remember a thing about the night before, but swears he is innocent.

Drew begins his investigation checking into the Albuquerque Rattlers minor league basketball team. Team owner Scott Cerf's software company is on the skids, making Gavin wonder why he bought the team. His questions lead to trouble, and the waiting hands of Cerf's Chief of Security, Otis Edgewater.

With his friend in jail, Edgewater on his tail and his publisher breathing down his neck, Drew must make the connections between the dead girl, a franchise on the rocks, an increasing number of corpses, basketball, computer technology, and the Federal Government to exonerate his friend.

What listeners say about Cheap Shot