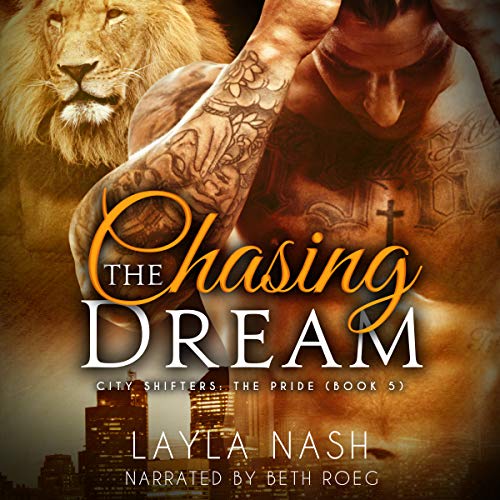 Ivy Peterson is close to finishing off the men responsible for experimenting on her and dozens of other shifter kids when a rogue pack puts her in the Auction. She's resigned to a very short run as someone's unwilling wife, until she sees Edgar Chase in the crowd. The werelion looks as adrift as she feels after losing her mate.

Edgar knows he'll never love again after his mate's death, but when he sees the haunted girl at the Auction, he can't help himself and fights to save her. Ivy holds the key to many of the mysteries the Chase family faces - and she might even hold the key to his broken heart.

Ivy just wants to finish off the evil entrepreneur who funded the experiments. If the Chase brothers want to help her with that, she won't object. But as trust grows into something more between her and Edgar, Ivy wonders if vengeance is all there is after what she's suffered. He shows her something more, something better.

Will their wounded hearts heal and love again, or are they chasing different dreams?

What listeners say about Chasing the Dream

This book is about the brother Edgar finding his love Ivy after he lost his first mate in an accident. Beth Roeg continues to do a great job with the narration. I received this free copy audiobook at my request and have voluntarily left this review.

Nice narration. This book is heartbreaking. Edgar lost his mate years ago. He attends an auction that sells shifter women innorsee to shut in down and finds Ivy. Ivy is one of the women that was experimented on when she was a child. She is trying to track down the last man who caged her in the lab and killed her family. I requested a copy of this audio hook and this is my honest opinion.