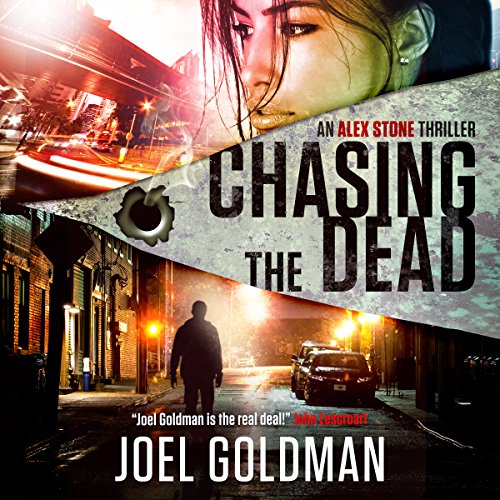 The dead never lay easy until someone speaks for them. Chasing The Dead is the eagerly awaited second book in the internationally best-selling Alex Stone thriller series that will keep you in a cold sweat from the gripping opening pages to the breath-taking finale.

Public Defender Alex Stone is appointed to represent a homeless veteran who has confessed to the brutal murder of a prostitute. Alex is pressured to railroad the troubled vet straight to death row, but she believes he's innocent, despite his confession, and refuses to back down, putting her career...and her life...in deadly jeopardy. Follow Alex Stone as she continues Chasing The Dead by downloading this gripping audiobook now!

If you like the heart pounding suspense of James Patterson and the edge-of-your-seat legal thrill rides of John Grisham and Michael Connelly, you'll love Chasing The Dead!

What listeners say about Chasing the Dead

This is my first Joel Goldman book and my expectations were low. Chasing the Dead is an excellent legal thriller. I love having Kirsten Potter, one of the best, narrate the novel

The story was Very good but it was too long. it should have been abridged. The author continue to add suspense in how it was revealed. I would have liked more action to keep the interest level moving. The narrator did a fine job with different voices forythe male and female characters.

I loved both the books in this series. If you havent read volume 1 you should before you read this one. Joel does a great job creating interesting characters and a wrong that you think never will be right.

Joel Goldman does it again . Good plot and characters to keep you listening to a top narrator. It really holds your interest.

Really enjoyed this book and the series can't wait for more. The characters are fun, hilarious and complicated. More please!

Liked the characters. The story line was interesting and well paced. Narration was clear, well spoken and easily understood. Ready for the next book.

Kristin Potter knows how to read a book every time. I love listening to her in every book. if I could give it more stars I would. And the author can write one amazing story.