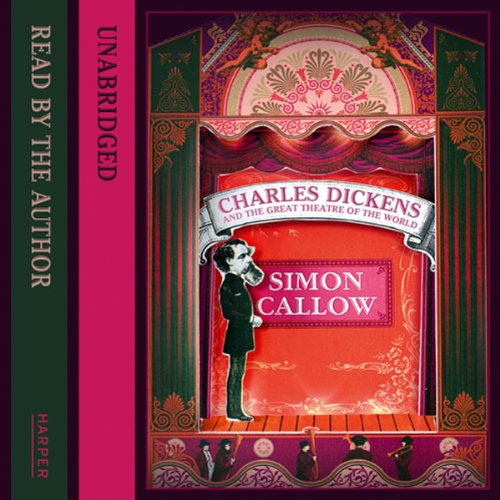 Charles Dickens and the Great Theatre of the World

A short life of Dickens which celebrates the impact of the theatre on his life and work. Two hundred years after his death, Dickens’s work is more popular than ever, in a variety of media, most of them undreamed of during his lifetime. Over the last few decades of intensive research, Dickens the man has become much better known to us and the sheer originality of his personality blazes forth as never before. Unique in so many ways, he is certainly the only major novelist – perhaps the only novelist ever – to have been a compelling performer in his own right, playing to spellbound audiences of up to four thousand all over the English-speaking world.

Theatre was central to his life, from his earliest years as a child entertainer in Portsmouth pubs, to his reluctant retirement from ‘these garish lights’ barely a year before his death. He wrote plays, he acted in them; he stage-managed them, all with fanatical perfectionism. Dickens’s novels are famously filled with unforgettable descriptions of performers, from Sleary and his troupe in Hard Times to the Infant Phenomenon and the rest of the glorious Crummleses in Nicholas Nickleby.

As a writer, he was a compulsive performer. His very imagination was theatrical, his method that of the stage, both in terms of plot devices and construction of character. There is in his writing a palpable sense of him reaching out to his readers, his public, courting their favour, speaking on their behalf, stirring them, building their applause. Simon Callow explores this extraordinary theatrical core to Dickens in this short life of one of our greatest novelists.

An excellent book, brilliantly written and read by the author, Simon Callow. He really brings the character of Dickens to life, and in so doing reveals the complexities of his character. Brilliant from beginning to end. Don't miss it.

Loved all of this, also Simon Callow is one of my favourite actors especially Dickens

Embroiled from start to finish

I am sorry to finish this book! . I saw Simon Callow performing as Charles Dickens 20 years ago and he was mesmerising then. Revisiting this with him narrating this book has brought the magic back both of the Dickensian characters and the writers own multi faceted character. Loved every minute of it!