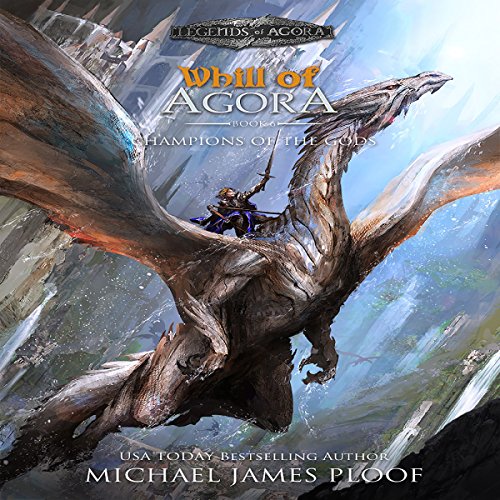 Champions of the Gods

Champions of the Gods

Whill has returned from the north crippled and defeated. His kingdom is quickly slipping out of his hands. Never one to be deterred, Whill begins plans to take the north once and for all and stop the necromancer's reign of terror.

Roakore and his dwarves have struck a blow to the green dragon Reshikk. His son has awakened from his coma with a message from the gods, one that will usher in a new age.

Dirk and Krentz remain in Volnoss alongside the ancient Gretzen. She alone holds the key to their salvation.

Left to rule in her brother's stead, Avriel struggles to juggle the responsibilities of her station, all the while harboring a secret that could threaten her claim to the throne.

Far to the north, the necromancer Zander plots the destruction of Agora. To the west, Reshikk the Green prepares the dragons for a great migration.

The gods are stirring, and they have chosen their champions.