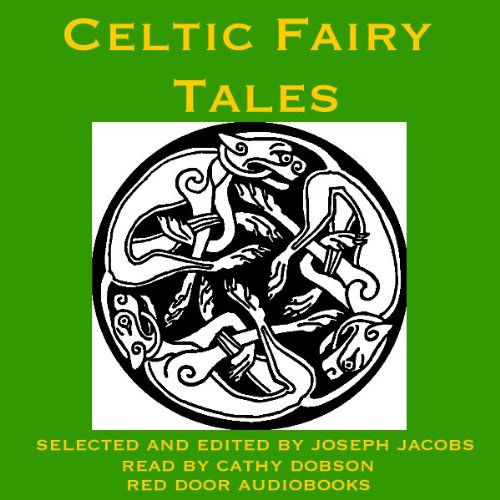 The definitive collection of traditional Celtic fairy tales. Joseph Jacobs' 1892 anthology of the most enduring folklore from Ireland, Wales, Scotland, and Cornwall is a delight for both young and old. Leprechauns, giants, witches, princesses, castles, and sea monsters all abound in this compendium of the best mythology Britain and Ireland have to offer.

Includes: 'Connla and the Fairy Maiden', 'Guleesh', 'The Field of Boliauns', 'The Horned Women', 'Hudden and Dudden and Donald O'Neary', 'The Shepherd of Myddvai', 'The Sprightly Tailor', 'The Story of Deirdre', 'Munachar and Manachar', 'Gold Tree and Silver Tree', 'King O'Toole and his Goose', 'Jack and his Comrades', 'The Shee An', 'Gannon and the Gruagach Gaire', 'The Storyteller at Fault', 'The Sea Maiden', 'A Legend of Knockmany', 'Fair, Brown and Trembling', 'Jack and his Master', 'Beth Gellert', 'The Tale of Ivan', 'Andrew Coffey', 'The Battle of the Birds', 'Brewery of Eggshells', and 'The Lad with the Goatskin'.

Would you consider the audio edition of Celtic Fairy Tales to be better than the print version?

What does Cathy Dobson bring to the story that you wouldn’t experience if you just read the book?

Great Speech and nuance to the spoken word.

What would have made Celtic Fairy Tales better?

The readers' voice was quite unpleasant to listen to...

Who would you have cast as narrator instead of Cathy Dobson?

Someone with a more pleasant irish accent...

Stories are great, if narrator was bearable

Would you be willing to try another one of Cathy Dobson’s performances?

I'd try one... but would turn it off immediately if there was the same problem.

Narrator read so slowly that my brain couldn't focus on what she was saying. She would lose me halfway through a sentence. I try to do things while listening, and even sitting still doing nothing but listening... it was painful and impossible to stay focused with her reading.

What did you like most about Celtic Fairy Tales?

Kept to the traditional text.

Why on Earth would anyone pick someone with a posh, English accent to read a book of Celtic fairy tales?Even when she knew the proper pronunciation it didn't sound right in her accent.