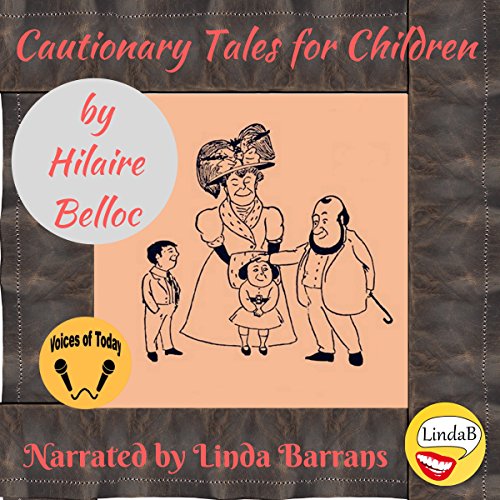 The Victorians had a fondness for scaring their offspring straight with cautionary tales - moral stories featuring children who misbehaved and suffered the consequences. Lewis Carroll mocks them gently when he says that Alice "had read several nice little histories about children who had got burnt, and eaten up by wild beasts and other unpleasant things, all because they would not remember the simple rules their friends had taught them: such as, that a red-hot poker will burn you if you hold it too long; and that if you cut your finger very deeply with a knife, it usually bleeds; and...if you drink much from a bottle marked 'poison', it is almost certain to disagree with you, sooner or later."

Hilaire Belloc goes one further. His Cautionary Tales are a parody of the Victorian moral fables: irresistible, irreverent and downright jolly. We meet, among other wonderful characters, Jim, who ran away from his nurse, and was eaten by a lion; Henry King, who chewed bits of string, and was early cut off in dreadful agonies; and Matilda, who told lies, and was burned to death.

Cautionary Tales is a lesson in how to face disaster and catastrophe with British stoicism and understatement:

Now just imagine how it feels
When first your toes and then your
And then by gradual degrees,
Your shins and ankles, calves and knees,
Are slowly eaten, bit by bit.
No wonder Jim detested it!

What listeners say about Cautionary Tales for Children