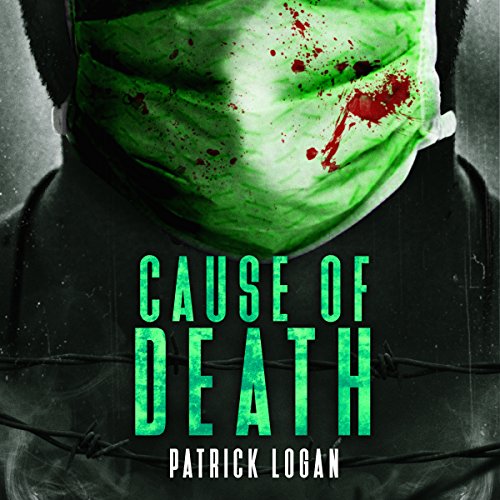 Cause of Death: A Gripping Medical Thriller

How do you catch a killer when no one believes that a murder has been committed?

Detective Damien Drake is back, but after what happened with the Butterfly Killer, he's no longer associated with the NYPD.

Now Drake heads his own PI firm, which specializes in dealing with paranoid housewives and rich suburbanites suspicious that their nannies are stealing their silverware.

That is until a visitor comes to him with a series of photographs of dead people. The problem is, no one believes that the victims in the images have actually been murdered.

Staged to look like suicide, the victims follow a pattern that Drake is determined to crack. But as the body count rises, the real difficulty becomes determining the victims' true cause of death....

Cause of Death: A Gripping Medical Murder Thriller is the second book in the best-selling Detective Damien Drake series that is bound to leave you breathless.

What listeners say about Cause of Death: A Gripping Medical Thriller

Just please drop the blasphemy, rather use “mo-f§{ing-hammed” or just “holy crap”

Sometimes the second book is a little less than the first, not this time. Did not not disappoint me in the least. Maybe even kicked it up a notch! Loved the new character. Really liked the added depth to the pathologist. Headed to the next book and audiobook.

I read the first one, it took a little bit to get used to the narrator's voice but as I listened longer and longer I really enjoyed the book so I had to buy this one. This one is great you really get to know the characters even more and now I'm about to buy the third one in the series excellent listening excellent storyline keep you in suspense!

Great series with rich plot and characters. This was a fantastic read. Enjoyed it a lot.